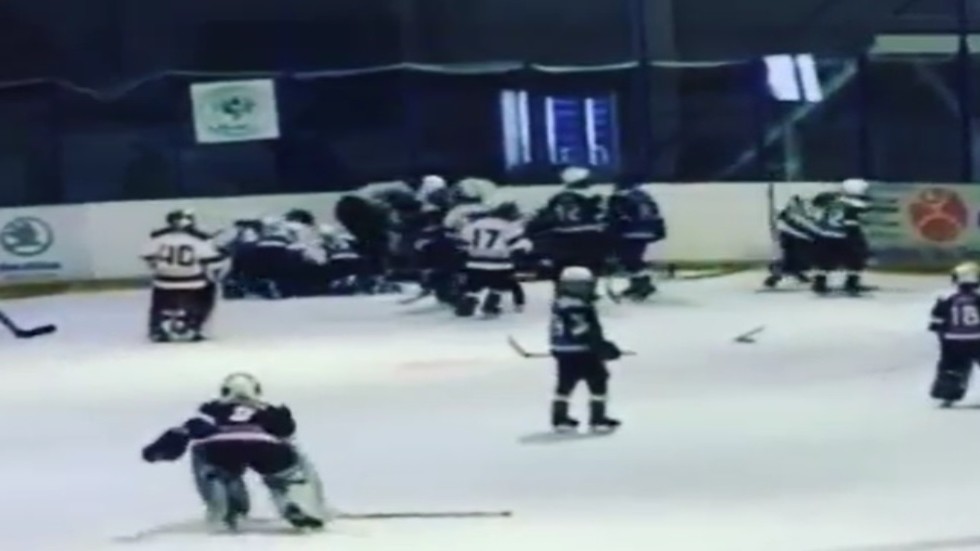 A junior hockey match in Russia descended into a mass dust-up on the ice as youngsters traded blows during a regional tournament.

Footage showed players from the age group born in 2011 swinging for each other and grappling on the ice at a game between ‘South Ural’ and ‘Sarmaty’.

The all-out war – which was likened to the brutal ‘wall-on-wall’ fist fights of Russian tradition – happened in the village of Prigorodony, just outside Orenburg, on March 5, with the footage going viral after being shared by a parent of one of the players.

The chaos only appears to calm down after the coaches and referee break up the scuffles.

The footage comes after a controversial video last month showed young hockey players in Russia being trained to fight.

On that occasion, the clip prompted an investigation by the Russian Ice Hockey Federation (FHR), and was widely criticized online.

However, some in America – including Daily Caller writer David Hookstead – held up the clip as an example of how Russian youngsters were being raised as “hockey beasts” while their counterparts in the US stayed inside to play video games.