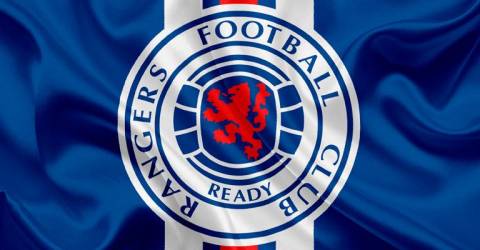 GLASGOW: Rangers ended Celtic’s nine-year grip on Scottish football by cruising to the Scottish Premiership title on Sunday with six games to spare.

AFP Sports looks back at how the blue side of the Glasgow bounced back from relegation to Scotland’s fourth-tier to becoming champions in a decade.

Years of over-spending on player transfers and wages caught up with Rangers in 2012 when tax authorities forced the club into liquidation due to unpaid debts.

Cries to keep one half of Scottish football’s big two in the top tier for the financial boost they bring from ticket sales died away as supporters of other clubs pressured their chairmen into ensuring there was no exception to the rulebook.

Rangers re-formed as a new company, debt free but in the bottom tier and quickly set about snatching some of the Scottish Premiership’s top talents to rise through the leagues as quickly as possible.

The expected three consecutive promotions did not materialise as Rangers failed to get out of the second-tier Championship at the first attempt.

After Rangers finishes well behind runaway league winners Hearts, caretaker manager Stuart McCall oversaw a promotion/relegation playoff against Motherwell in 2015 which ended in a 6-1 thrashing.

PROMOTED BACK TO THE PREMIERSHIP

Mark Warburton made no such mistake in his first season in charge as Rangers romped back to the Premiership.

Warburton, though, lasted just seven months in the top flight as he failed to keep pace with Celtic’s invincibles, who won a domestic treble without losing a game.

Celtic thrashed their old rivals 5-1 in the first league Old Firm game for four years to set the tone for a few years of derby dominance.

Under Brendan Rodgers, Celtic also registered 5-0, 5-1 and 4-0 wins over Rangers under Pedro Caixinha and Graeme Murty.

GERRARD TO THE RESCUE

Despite the gulf in class between the sides, Rangers lured Steven Gerrard to Glasgow for his first senior managerial role in 2018.

Gerrard immediately made Rangers a much harder side to beat, reaching the Europa League group stages and beating Celtic twice at Ibrox in his first season in charge.

However, in both his first two years at Ibrox, Gerrard’s men suffered a collapse in form after the winter break, allowing Celtic to streak clear and retain the title.

After beating Celtic away for the first time in a decade in December 2019, Rangers won just four of their last nine league games before the coronavirus pandemic halts the Scottish season in March 2020.

Gerrard also publicly lambasted his players after a Scottish Cup exit to Hearts had realistically ended hopes of silverware for the season.

Amid rising doubts among fans over whether Gerrard was the right man to stop Celtic, the Covid-enforced break calmed supporter unrest with Rangers fans more exercised with the awarding of the title on points-per-game to Celtic.

Since play resumed, Rangers have been relentless, losing just once in all competitions in 45 games to win the league without tasting defeat.

Celtic, by contrast, collapsed in a disastrous season on and off the field that led to the resignation of manager Neil Lennon and chief executive Peter Lawwell announcing he will retire at the end of the season.

For many months it has been a question of when, not if, Celtic’s quest for a record-breaking 10-in-a-row would be halted.

Celtic’s draw on Sunday, which left a 20-point gulf between the sides with six games to play robbed Rangers of the chance to seal the title at Celtic Park in their next league fixture in two weeks’ time.