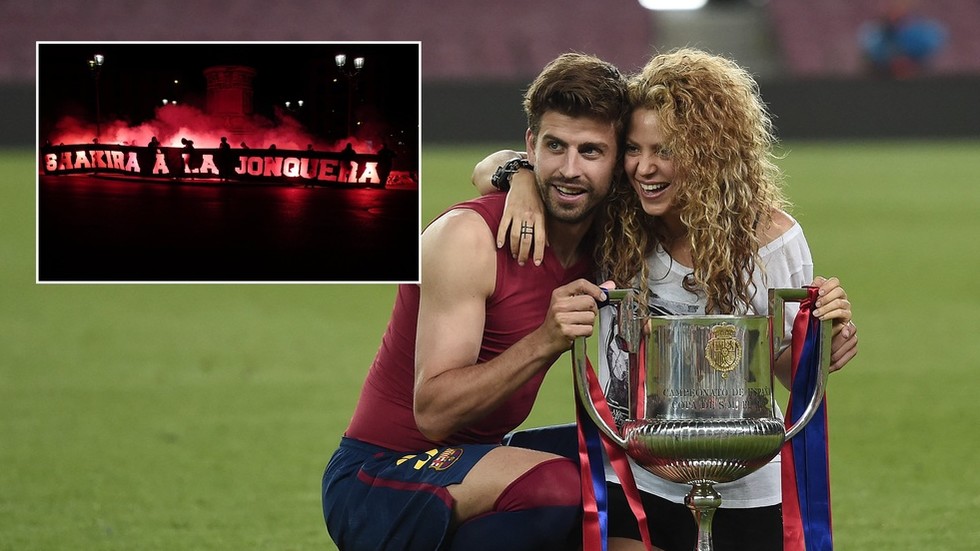 Colombian pop princess Shakira has been supported on social media after widely shared images purportedly showed fans of French football giants Paris Saint-Germain with a banner insinuating she was a prostitute.

The pop diva, 44, is the long-time girlfriend of footballer Gerard Pique, whose Barcelona team take on French giants PSG in the second leg of their Champions League last 16 clash in Paris this week.

Ahead of the game, images circulated on PSG Ultra accounts apparently showing fans setting off flares and holding banners near the club’s Parc des Princes home.

One of the banners translated as ‘Shakira at La Jonquera’, referring to a town on Spain’s Catalan border with France which is well known for its prostitution.

The derogatory images soon spread across Twitter, and when coupled with March 8 being International Women’s Day, led to a wave of support from Shakira fans.

It’s not the first time the Colombian pop star and her husband have been targeted by football fans.

Supporters at Barcelona’s local rivals Espanyol have previously been heard making misogynistic chants about the ‘Hips Don’t Lie’ star, while in 2016 they were widely condemned for an insulting banner which translated as ‘Shakira is everyone’s.’

On Monday, Shakira’s army of fans mobilized on Twitter to demand that enough was enough.

After PSG’s official Twitter account posted a special Women’s Day message, they were also bombarded with the hashtag #RespectShakira as well as other responses of anger over the supposed actions of their fans.

PSG take a 4-1 lead into their clash with Barcelona in Paris on Wednesday and appear well set for passage to the last eight of a competition in which they went all the way to the final last season, losing to Bayern Munich.

Due to Covid-19 restrictions, no fans will be allowed in attendance for the game. Shakira’s partner Pique, 34 will also miss the match due to a knee injury.