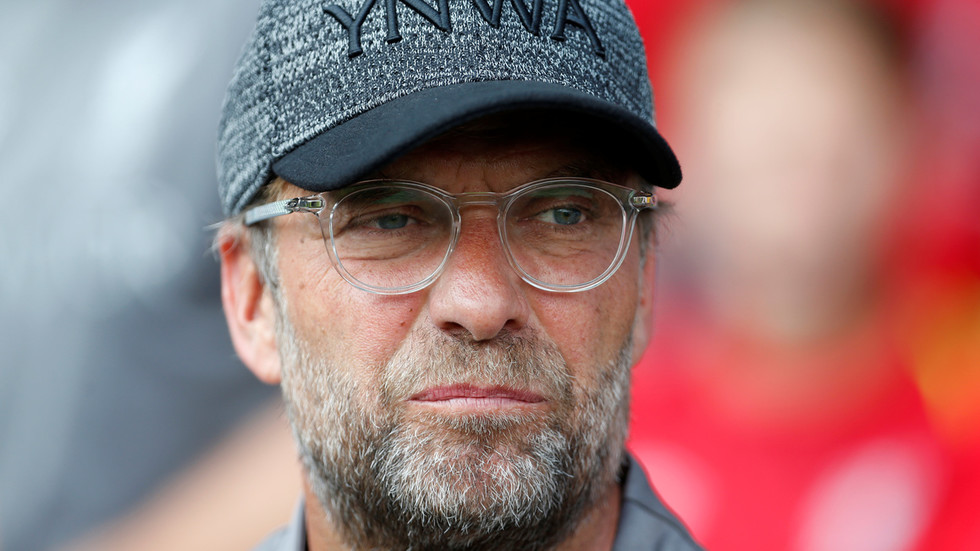 A survivor of domestic abuse has spoken of her ordeal after a photo of her was used in a “beaten at home throughout lockdown” social media post which appeared designed to poke fun at Liverpool’s recent woes.

Sick fans created and shared a photograph showing a victim of domestic abuse alongside Reds manager Klopp, accompanied by the “beaten at home” caption.

The tasteless joke came days after the English Premier League champions suffered their sixth successive home defeat of the Premier League campaign against Fulham on Sunday.

Katie Walker, whose photo was used in the social media post, said the episode had been “extremely traumatic” for her, while Merseyside Police condemned those who created and shared the images for “making fun” of “abhorrent abuse“.

Absolutely disgusting, I saw a family member go through domestic abuse, started off when I was 9 and didn’t finish till I was 16. This is one of those topics that shouldn’t be joked about. And to the two lads who said:”get a grip” and “jokes made in poor taste” educate yourself!

Just sick to make a stupid football point. How low can they get.

“It is just a picture to these people sharing it but to us it is our lives. It is extremely traumatic,” said Liverpudlian Walker.

“To see that it is being made a joke of in the name of football has brought back all those feelings of shame and anxiety.”

Walker, who is the founder of the ‘Katie Cares’ charity which assists survivors of domestic abuse, also called on football clubs to publicly condemn the “sickening” but widely-shared post.

“Jokes or banter about domestic abuse and other forms of violence highlight a toxic culture where abuse of women is tolerated,” she added. “It also sadly conflates domestic violence with football fans.”

Also on rt.com
‘He seems to be losing it’: Liverpool boss Jurgen Klopp blasted for ‘beyond childish’ attack on reporter after latest loss (VIDEO)


Abdullatif went on to say that high-profile incidents of cruel joking can often dissuade women suffering domestic abuse to come forward and report their abuser, explaining that they “do so against a difficult backdrop.” “Using images of abused women creates more hurdles for those abused not to report abusers,”  she pointed out.

Assistant Chief Constable Ian Critchley, of the police force, confirmed that no criminal offence had been committed by those who created or shared the image.

Critchley did, however, say that he found it to be “hugely disrespectful and upsetting to anyone who has suffered domestic abuse“.

Echoing the description of the abuse as abhorrent, he warned people that the stunt was “demeaning and unhelpful”. “I urge people to think twice before sharing such an image,” he concluded.