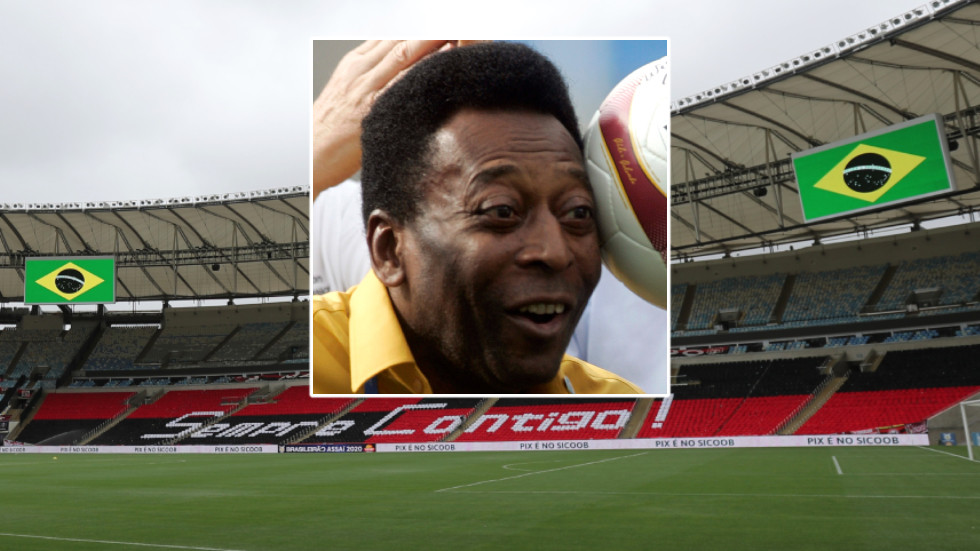 Brazilian officials have moved to rename the legendary Maracana as the ‘King Pele’ stadium in a bid to honor the country’s most famous footballer – but some fans aren’t exactly endorsing the move.

Pele played on several occasions at the stadium, which was the scene of the all-time great’s 1,000th career goal, scored for Santos against Vasco de Gama in 1969.

“It is a worthy homage to a man who is recognized the world over for his legacy in Brazilian football and for the corresponding services rendered to our country,” a project leader said.

Maracanã, one of the most iconic stadiums in the world, is to be renamed King Pelé stadium. (It’s officially named Mário Filho stadium, but called Maracanã after the nearby river in Rio.) It was built for the 1950 World Cup, whose final was watched by 1,99,854 paying spectators. pic.twitter.com/uc5jBqA9Tv

The stadium – which hosted the 1950 and 2014 World Cup finals and the opening ceremony of the 2016 Olympic Games – has previously been named after journalist Mario Filho, who was central to the stadium’s construction in the 1940s.

However, most Brazilians refer to it simply as the Maracana after the local neighborhood in which it is located.

The move will not be made official until the Rio state governor grants his blessing, but there has already been some opposition from football fans to the switch – some of whom maintain that Filho should be retained as the inspiration for the stadium’s moniker.

No, please no! With all due respect to Pelé, but we cannot rewrite the history or erase historical figures to satisfy today’s personality ego! Maracanã is named after Mário Filho, period! #VetaGovernador!

No, please. That’s not good. Every single brazillian is against that. The name should stay the same.

Others say that Pele should be ineligible for the honor due to the fact that he doesn’t hail from Rio but lived most of his life in Sao Paulo.

“The king deserves all the homage, right! But Mario Filho has more history in Maracana than Pele – changing the name would spit in the history of the stadium and be an affront mainly to Mario Filho,” another said via translation.

Another wrote online that the move serves little purpose than to disrespect both Filho and Pele.

Also on rt.com
‘The man is shameless’: Football legend Pele rejects Ronaldo’s claim to have broken his mammoth goal record by adding 526 to total