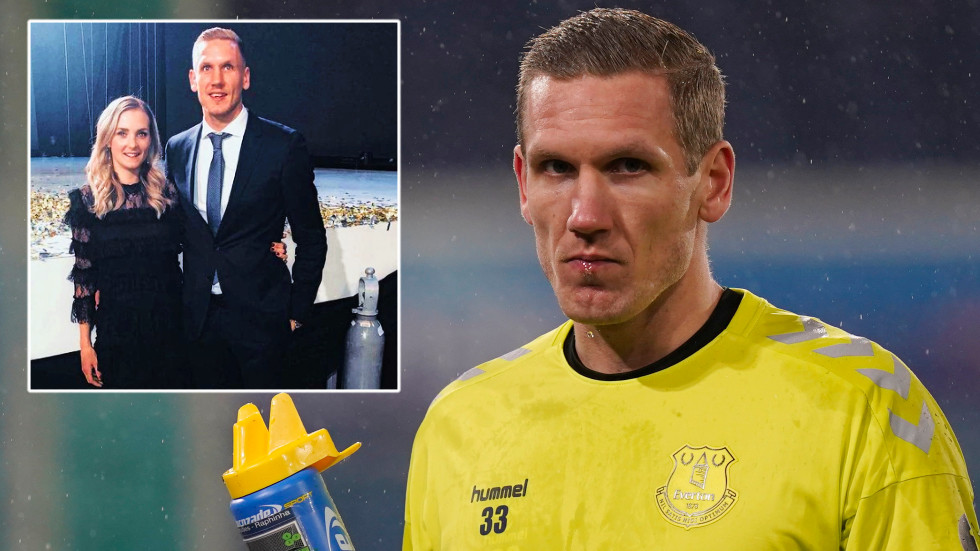 Everton and Sweden shot-stopper Robin Olsen is said to be “bearing up well” after he and his family were held up at knifepoint during a terrifying home invasion ordeal, according to reports online.

Olsen and his wife, Mia Lindgren, were at home with their two young children, aged five and two, when an array of masked men wielding knives broke into their home near Altrincham, Greater Manchester on Saturday.

According to a Mail Online report, Olsen was forced to accompany the thugs as they roamed the house in search of valuables, eventually making off with a collection of jewellery and watches. The report adds that Olsen is “bearing up well” following the robbery.

Neither Olsen nor any members of his family are understood to have been harmed during the traumatic incident, and the experienced international has since moved his family to another home. Everton are yet to comment on the reports.

News of the attack has reportedly led to numerous other footballers who reside in or around Altrincham – an area popular among a host of Premier League footballers – to ramp up their security in fear of further robberies.

Incredibly, the robbery comes just weeks after Everton boss Carlo Ancelotti was targeted by thieves who gained entry to his home near Blundellsands and stole a safe.

On this occasion, the thieves – who were wearing black waterproof gear and balaclavas – were interrupted by the former AC Milan and Chelsea manager’s daughter and quickly made their escape.

Appealing for information about Ancelotti’s break-in, Merseyside Police said: “We were called at 6.35pm to a report that two males had entered a property [five minutes earlier]. The occupants of the house were unharmed. Officers attended and enquiries into the incident are ongoing.”

News of Olsen’s horrific ordeal comes a year after ex-Spurs defender Jan Vertonghen was also held up at home by machete-wielding robbers, while last May another Tottenham player, Dele Alli, was confronted inside his home by two men carrying knives.