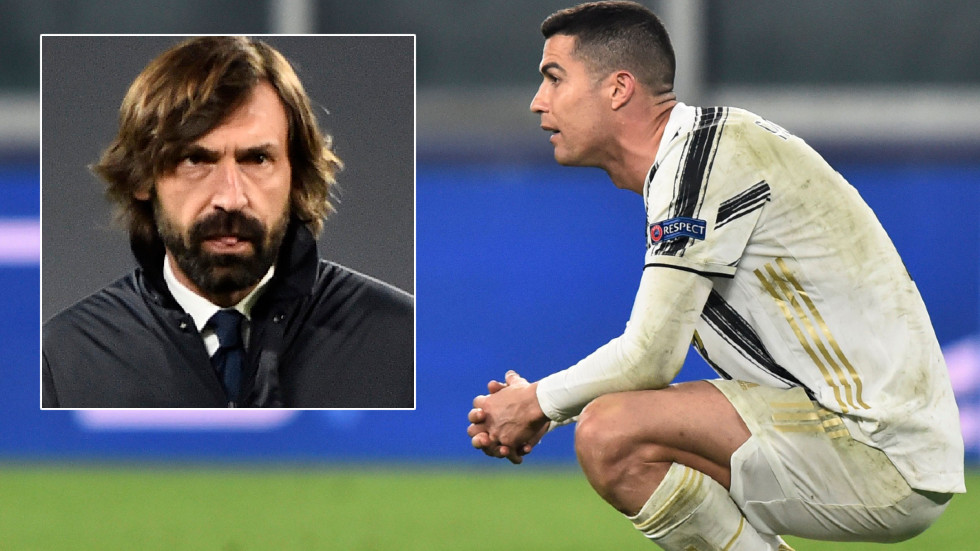 Juventus have been ousted from the Champions League at the first knockout stage for the second straight season – suffering even more despair than they did last year by losing on aggregate to 10-man Porto via a 115th-minute goal.

In one of the most dramatic, unpredictable games of the campaign so far, Juventus repeated the rigmarole of the second leg of their round of 16 tie against Lyon last season, when they started as favorites despite being a goal down and swiftly conceded a penalty.

This time, the inspirational Sergio Oliveira, who was Player of the Match in both legs, sent goalkeeper Wojciech Szczesny the wrong way from the spot after 19 minutes in Turin to put Porto within sight of the quarterfinals.

With Porto 2-1 up from the first leg, the first goal was always likely to be crucial in the return. Having only conceded to Manchester City and Juve in the tournament so far this season, Porto looked comfortable and occasionally threatening for the rest of the first half.

Juventus knocked out of the Champions League in successive seasons by Ajax, Lyon and Porto. Three clubs not deemed “glamorous” enough for the European Super League by Juve chairman Andrea Agnelli. You absolutely love to see it.

All that would change in fewer than 20 second-half minutes. Federico Chiesa curled a stylish finish into the far corner of the net following a delicate Ronaldo set-up inside the penalty area four minutes after the break, and Mehdi Taremi was then bizarrely sent off for a second yellow card for kicking the ball away before Chiesa struck again.

Colombia winger Juan Cuadrado seemed to spend the entire night providing his teammates with a succession of crosses that were easier to score from than miss, so there could have been no complaints had his vicious diagonal strike from inside the penalty area gone in rather than smashed against the crossbar.

Chiesa beat keeper Agustin Marchesin with his pace but was somehow denied by heroic Pepe with the goal gaping, summing up a night when the Porto captain rose from a spell of medical treatment on more than one occasion to produce the most tackles and headed clearances of anyone on the pitch, putting himself in the way of almost every dangerous opportunity Juve would create.

Cristiano Ronaldo since joining Juventus to “win the champions league”2018: Lost To Ajax (Quarter-Final) 2019: Lost To Lyon (Round of 16) 2020: Lost To Porto (Round of 16) With 9 Consecutive Serie A titles & the historic 10th in a row in doubt, was this transfer a failure? pic.twitter.com/Tc45xx9BuB

Ronaldo gave a hallmark look of despair after heading a Cuadrado cross wide from close range, and the momentum clearly appeared to be in his side’s favor the longer the match went on against worn and depleted opponents.

Juventus are still yet to convincingly prove their collective spirit. Porto have an abundance of that, seeing them through to the 115th minute, when Oliveira tried his luck from long range, by which time Alvaro Morata had seen a goal ruled out for offside and Ronaldo had been denied at close quarters by Marchesin.

It is hard to imagine Pepe and Porto’s defensive wall turning their backs and jumping as aimlessly as Ronaldo and the rest of the Juventus line, supposedly set up to defend the free kick from a considerable distance, did when Oliveira thumped a low shot towards the near post, creeping beyond Szczesny.

With two away goals against them, Juventus now needed to score as many goals in five minutes or so as they had in a little under two hours. To their credit, they managed half the bargain as Adrien Rabiot powered in a header almost immediately.

There was even time for three or four half-chances around the Porto penalty area after that, Ronaldo seeing sight of goal and Pepe providing an acrobatic clearance at one point, despite having gone to ground clutching his hamstring not long beforehand.

Porto’s aggregate win was deserved. Juventus only really showed the necessary urgency in the final 75 minutes of a 210-minute tie and, as was the case last season, that apparent lack of consistency and focus cost them dearly, albeit via some misfortune and an exit by the narrowest of margins.

Juventus were throwing everything at Porto 💥After 123 minutes, the ball was thumped into the penalty area 😬And 38-year-old Pepe pulled out the bicycle kick clearance 👏 pic.twitter.com/OooL7jDFPE

A two-time Champions League winner as a player with Milan, Pirlo’s future at Juventus is now surely in doubt. The rookie manager was hired last year after Maurizio Sarri’s failure to guide the club beyond the Champions League round of 16, and Pirlo faces a tough task to at least continue Juve’s long run of domestic league titles, as Sarri did reasonably comfortably.

Pirlo argued that he has a long-term project and has faith in his players, who have taken the club to third in Serie A, ten points behind leaders Inter ahead of the closing stages of the season.

At 36 and with his contract expiring in 2022, Ronaldo must be questioning whether he wants to remain part of a squad led by an unproven manager whose achievements to date would be considered a failure had they been provided by an established coach without Pirlo’s status in the game.

Remaining at Juve amid the uncertainty of another managerial change would also be a risky way to target major late-career silverware. Ronaldo is running out of chances to win the Champions League almost as quickly as Juventus seemed to run out of ideas against a functional, determined, deeply spirited but ultimately unspectacular Porto side who look like gatekeepers to winning this season’s competition.