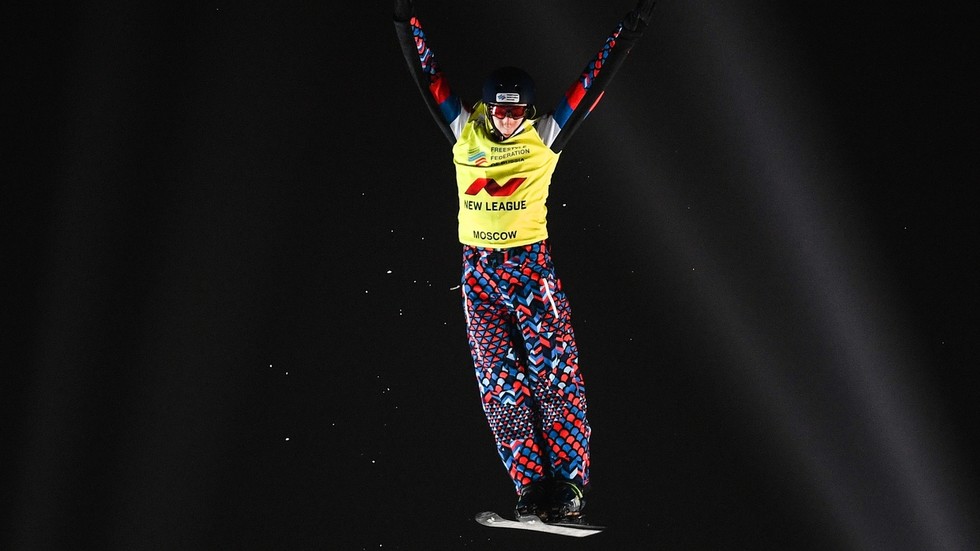 Russian freestyle skier Maxim Burov has used his remarkable aerial talent to take his second world title, twisting through the sky for ski acrobatics gold at the Freestyle Ski and Snowboarding World Championships in Kazakhstan.

The 22-year-old edged out his US opponent, Christopher Lillis, who had to settle for silver, losing to the Russian champion by just 1.5 points.

Another representative of Russia, Pavel Krotov, took bronze in the same event, while Burov’s elder brother, Ilya, was also among the top five skiers at the global tournament.

Burov confirmed his status as the strongest skier in acrobatics, successfully defending the world title he scooped in 2019.

“I’m really happy and satisfied with my result,” Burov said after his win.

“I was nervous before the event, but I managed to cope with the anxiety and deliver a great result.”

Also on rt.com
‘We were in utter shock’: Russian ice hockey pro in car crash horror as his Porsche punches hole in sky-high parking lot (VIDEO)