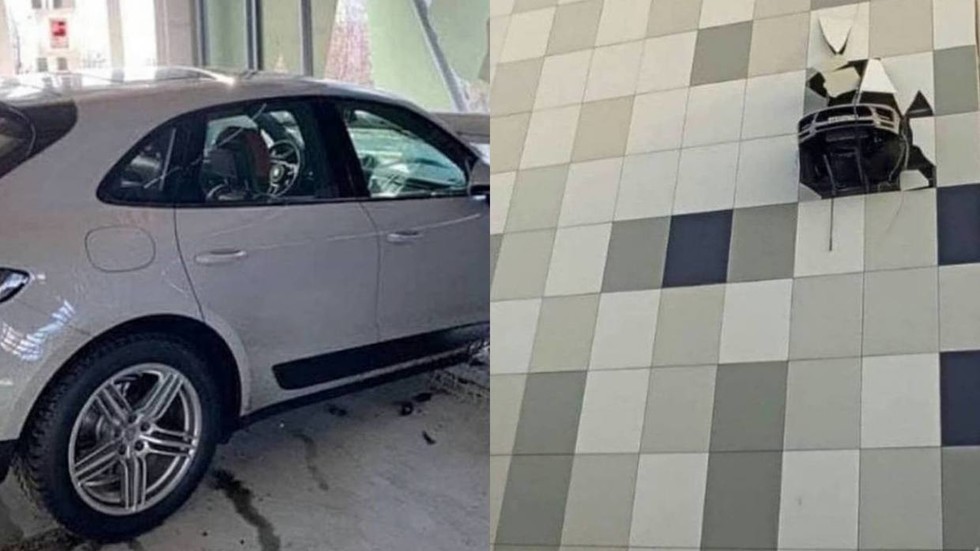 Denis Kazionov, who used to play in the Kontinental Hockey League, has opened up about the shocking crash he had when his Porsche rammed through a third-floor wall of a Moscow parking garage – with his family inside.

Kazionov was trying to park at the multistorey ‘River Park’ apartment block when he lost control of his vehicle on a slippery floor and crashed through the parking-garage wall, leaving the front end of his Porsche dangling halfway out the street-side of the upper echelon of the building.

The 33-year-old’s family miraculously avoided a terrifying fall to earth because the car became stuck in the hole it made in the wall, but the incident was caught on video and caused concern for the driver and passengers’ wellbeing.

Luckily, no one was hurt in the worrying accident which left the athlete, his wife and son stunned.

“Yes, it was my car,” said Kazionov, who used to play for Russian side Neftekhimik. “I was driving together with my family, my wife and my son who was sitting in the back.

“It was an open parking area with just one wall on one side. The floor was smooth, as in many shopping centers. Plus, it was covered with snow.

“I put on the brake but the car wouldn’t stop. It continued moving until we crashed into the wall. We were in utter shock.”