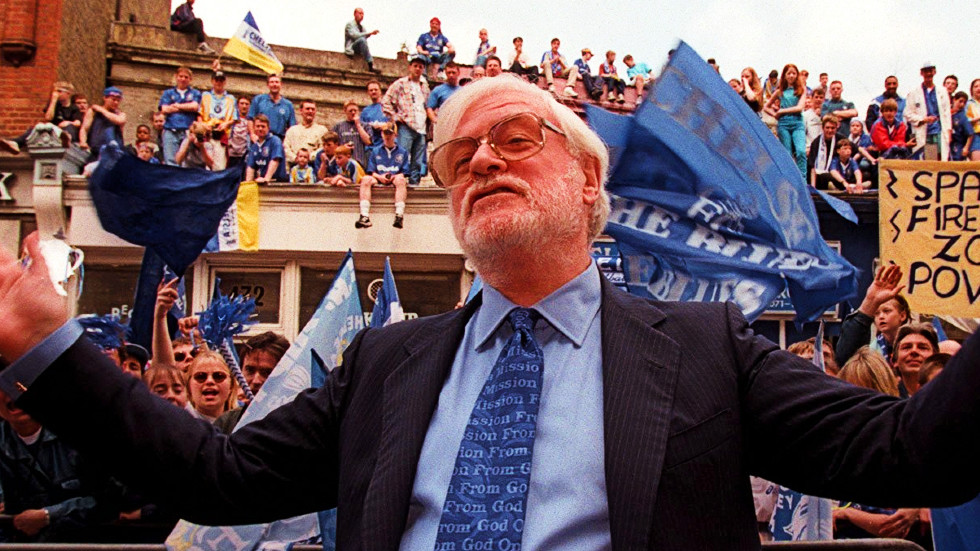 Businessman and hotelier Ken Bates bought the Blues for less than $2 in 1982, playing a role in the creation of the Premier League ten years later before becoming one of the most prominent and notoriously forthright owners in the English top flight.

Despite his successful sale of his shares in Chelsea to Roman Abramovich for around $24.5 million in 2003, Bates believes that the governing body should tighten its rules around foreign ownership and has been unimpressed with the approaches he has perceived rival Premier League heavyweights as taking.

“Manchester United owned by Americans. Liverpool owned by other Americans,” Bates told The Telegraph, discussing the much-maligned Project Big Picture discussions that were panned when they were held over proposals to transform English football last autumn.

Sold Leeds to a Bahrain based investment house… 😎

“The first thing they said was, ‘let’s reduce the Premier League by two clubs.’ Let those two resign.

“Get out of it. Nobody asked for them to come. The great thing about English football is you kick off [at the start of each season] in August and all start even.

“What you did 20 years ago has nothing to do with what you do today. The trouble is that the FA are very weak.

🗓 #OnThisDay 1985Chelsea owner Ken Bates installed an electric fence around the pitch at Stamford Bridge to prevent pitch invasions.You read that correctly. The fence was soon dismantled as he couldn’t receive permission to turn it on. pic.twitter.com/l5imgeGDb0

“I found that when I was on the FA council and the FA board. They should have introduced rules preventing foreign ownership of football clubs.”

Bates, who later took over at current top-flight side Leeds during their struggles, credited himself with “rebuilding” Chelsea and said that their win in the 1998 Super Cup was his crowning glory.

“We were champions of Europe and 16 years before we were bankrupt,” he claimed. “We couldn’t pay the players’ wages. It hasn’t been a bad journey.”

“There has been a clash of eastern and western cultures and eastern and western values.”#OnThisDay in 2004, Ken Bates has stepped down as Chelsea chairman after being sidelined following Roman Abramovich’s £140m takeover#CFCpic.twitter.com/b116kJpO5Z

Now based in Monaco, Bates believes that English football authorities should add taxes to payments involved in the transfers of foreign players and charge outgoing transfer fees against tax.

“That will bring down the transfer fees, reduce the number of foreign players coming in and let the English players play in their English league,” he argued.

Bates sold his stake in Leeds to Bahrain-based GFH Capital in 2013. He was briefly installed as club president at Elland Road before claiming that he had been sacked over a dispute involving a company jet contract, said to have been worth around $700,000 over three years and partly used to transport him between Monaco and the UK.

Also on rt.com
‘He is too expensive’: Ex-Juventus chief slams signing of Cristiano Ronaldo as ‘absolutely’ a mistake by Champions League flops