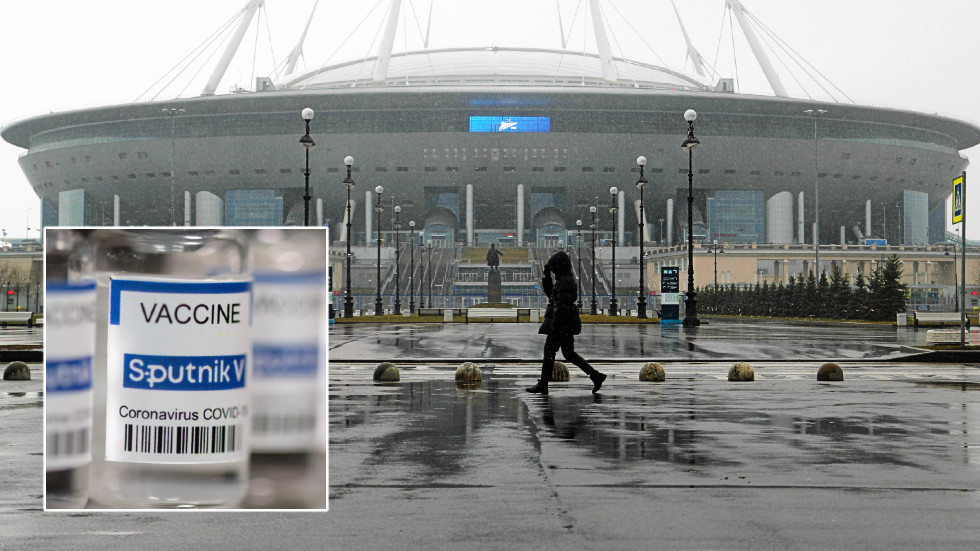 Russian Premier League team Zenit St.Petersburg may have become the first football club to offer fans vaccinations at home matches, announcing that adults can receive the Sputnik V Covid-19 jab at games for the rest of the season.

The top-flight table-toppers have invited supporters attending the Gazprom Arena on Saturday, when they will face midtable Akhmat Grozny, to visit a “vaccination station” on the third floor of a stand at the 68,000-capacity stadium.

Under the scheme, any supporter over the age of 18 who provides their passport and health card will be assessed by a medic with a view to being vaccinated immediately.

Zenit are thought to be the first club to turn their stadium into a jabbing point on matchdays, although numerous stadiums around the world have served as testing and vaccination centers since the pandemic began.

English Premier League club Chelsea, whose community work is partly overseen by Russian owner Roman Abramovich, became one of the most high-profile teams to turn over parts of their stadium to public health efforts last year.

Among those activities, the Blues’ Stamford Bridge home in west London was used to provide accommodation and meals for UK National Health Service staff, taking advantage of the hotel adjoining the site.

Liverpool’s Anfield home and London’s Tottenham Hotspur Stadium have also been among the venues in England to become testing centers, while the NFL commissioner offered team arenas for vaccine distribution in the US.


The Bank of America Stadium, which usually welcomes up to 75,000 fans for Carolina Panthers games, is one of the sites already in use as American health officials scramble to vaccinate millions of people.

The Russian-developed Sputnik V vaccine has become increasingly in demand worldwide after research found that it was 91.6 percent effective against the novel coronavirus, making it one of the world’s leading treatments for the potentially deadly virus.

Reports this week have suggested that some Russians are reluctant to accept the vaccine, but its distribution at Zenit’s home, which has averaged an attendance of more than 17,000 for games this season, is certain to drive up the current reported total of four million people who have been vaccinated in Russia.


The free vaccination offer could be seen as positive news by fans who are anxious to see full houses at matches again or even return to the stands at all in countries such as England, where lockdown measures mean that most grounds have been shut to fans for more than a year.

“Would this also be something for [us] so that we can quickly get back to the stands?” asked a supporter of Dutch top-flight side Heerenveen, responding to Zenit’s announcement on social media.

Zenit are aiming to end a run of two matches without a win and recover from Monday’s defeat at Rubin Kazan on Saturday. They have won their last four home matches to put themselves two points clear of second-placed CSKA Moscow after 21 games of the Russian Premier League season.