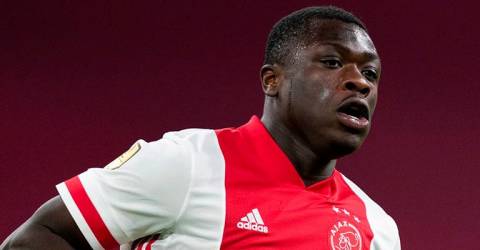 BERLIN: RB Leipzig confirmed Friday they have won the race to sign Ajax starlet Brian Brobbey (pix), 19, who will join the Bundesliga high-fliers next season on a free transfer.

Despite having had “several offers from other top European clubs”, Brobbey has signed with Leipzig until June 2025, Kroesche added.

“Julian Nagelsmann is a young and very good coach from whom I can still learn a lot,” said Brobbey.

“I’m really looking forward to joining the team and I would like to do my part to ensure that the club continues to be so successful.”

The teenage centre-forward scored after coming off the bench for Ajax in their 3-0 home thumping of Young Boys in their Europa League last 16, first leg tie on Thursday.

He is a product of the Ajax academy and scored 37 goals in 41 games for their Under-19 side over the last three previous seasons.

Brobbey scored for the senior Ajax side on his Dutch league debut in October and has managed two goals in seven appearances, all off the bench.

He was part of the Netherlands Under-17 squads which won the junior European championships in both 2018 and 2019.

He will be the fourth striker in the Leipzig squad alongside Yussuf Poulsen, Alexander Sorloth and South Korea’s Hwang Hee-chan. – AFP