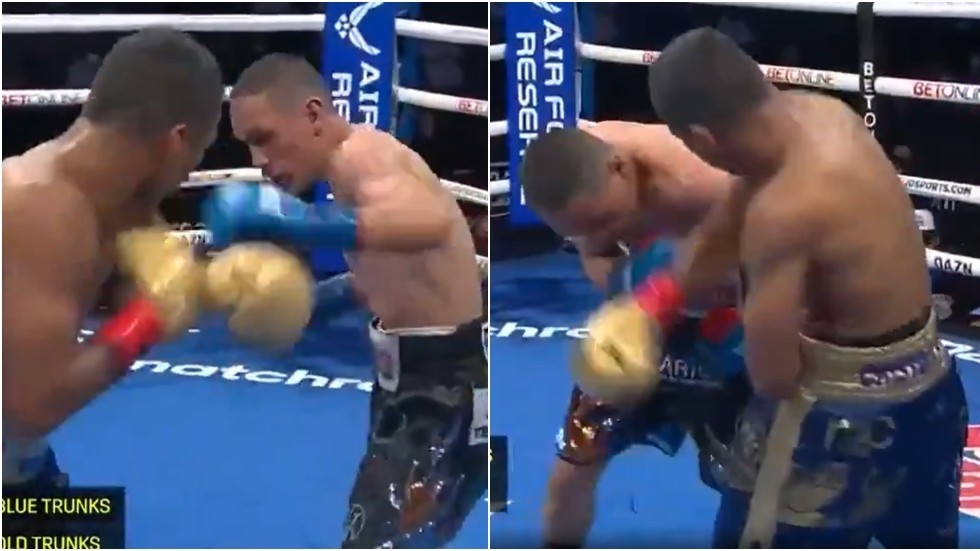 Meeting again more than eight years after they first fought, Estrada exacted revenge over his rival for the defeat Chocolatito had handed him back in 2012, with the Mexican this time edging a contentious split decision to unify the WBC and WBA super-flyweight titles at the American Airlines Center in Dallas.

The bout lived up to the pre-fight billing, being fought at a frenetic pace which rarely let up and resulted in an astonishing weight-class record of more than 2,500 punches being thrown by the pair.

Boxing fans reveled in an instant classic, hailing it as a certified fight-of-the-year contender and potentially of the decade.

Are you kidding me?!? How do any two boxers top THAT for fight of the year in 2021? Chocolatito Gonzalez and Juan Francisco Estrada just delivered a classic. I have it 115-113, Gonzalez, but this could go either way. #EstradaChocolatito2

I’m a jittery mess here at ringside. That’s Fight of Year so far & will be hard to beat. That’s a fight that Marvin Hagler would have approved of. I got it for Chocolatito, 7 rounds to 5, but regardless of who wins, both Estrada and Gonzalez are hall of famers. #EstradaGonzalez2

There were immediate calls for trilogy, which Estrada said he was open to in his post-fight comments.

“I think I did enough to win. Chocolatito is a great fighter and I think he deserves the trilogy,” Estrada said through an interpreter.

“I knew it was a close fight, I didn’t know if I was up or down, but I knew I needed to close out the fight in those last two rounds.”

An emotional Gonzalez suggested he would take a third fight with the Mexican, saying: “Whatever happened had to happen, but I gave it a good fight. I would have been happy either way with the result. I did my work.

“It was a better fight than the first one. I felt I won. In the last round, I gave it all, it was a great round. I’m happy because I’m going back home to see my family.”

Some fans and pundits were left unhappy with the scoring, claiming that the 117-111 score in particular was “disgusting.”

Matchroom promoter Eddie Hearn – who had praised the fight as the greatest he had ever witnessed live – also criticized the margin, while American journalist Max Blumenthal even speculated that political aspects might have been at play against the Nicaraguan Gonzalez.

Nicaraguan flyweight legend Chocolatito entered the ring with a shirt representing FSLN & Daniel Ortega. He then dominated the fight, throwing & cleanly landing more punches. But judge Carlos Sucre, a Venezuelan exile in Florida, scored it 117-111(!) against him. Political? https://t.co/KFulI4qyaU

Really thought Chocolatito won that fight. Close but thought he was the cleaner puncher. Bad break. 117-111 is disgusting https://t.co/GsV7CU4DZ8

While fans will be keen for a third showdown, Estrada is set to face Thailand’s Srisaket Sor Rungvisai next, as the mandatory challenger to his WBC title. The pair have fought twice previously, with Rungvisai winning the first meeting via majority decision in 2018, before the Mexican avenged the loss with a unanimous decision win in April of 2019.

Meanwhile, many saw Estrada’s epic with Gonzalez as a fitting tribute to middleweight legend ‘Marvelous’ Marvin Hagler, who passed away at the age of 66 earlier on Saturday. The event in Dallas had paid tribute to Hagler with the solemn ringing of the fight bell 10 times.