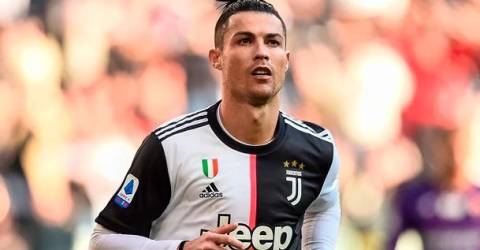 MILAN: Juventus forward Cristiano Ronaldo (pix) said on Saturday he remains focused on winning trophies with the Italian champions, amid rumours linking the Portugal star with a return to former club Real Madrid following Juve’s exit from the Champions League.

Juventus were knocked out in the last 16 of the Champions League on Tuesday as 10-man Porto progressed on away goals following a 4-4 aggregate draw.

The Italians’ defeat sparked criticism of 36-year-old Ronaldo in the media, with the front page of Wednesday’s Corriere dello Sport saying “Betrayed by Ronaldo”.

Much of the disappointment stems from the fact that Juventus spent €100 million to sign him from Real in 2018 specifically with Champions League glory in mind.

“True champions never break!” Ronaldo said on Instagram, with a photo of him training ahead of Sunday’s Serie A game away to Cagliari.

“Our focus is already in Cagliari, in the Serie A struggle, in the Italian Cup final and in everything that we can still achieve this season.

Andrea Pirlo’s side are third in Serie A with 52 points after 25 games, 10 adrift of leaders Inter Milan, who have played a game more.

Juventus face Atalanta in the Coppa Italia final on May 19. – Reuters