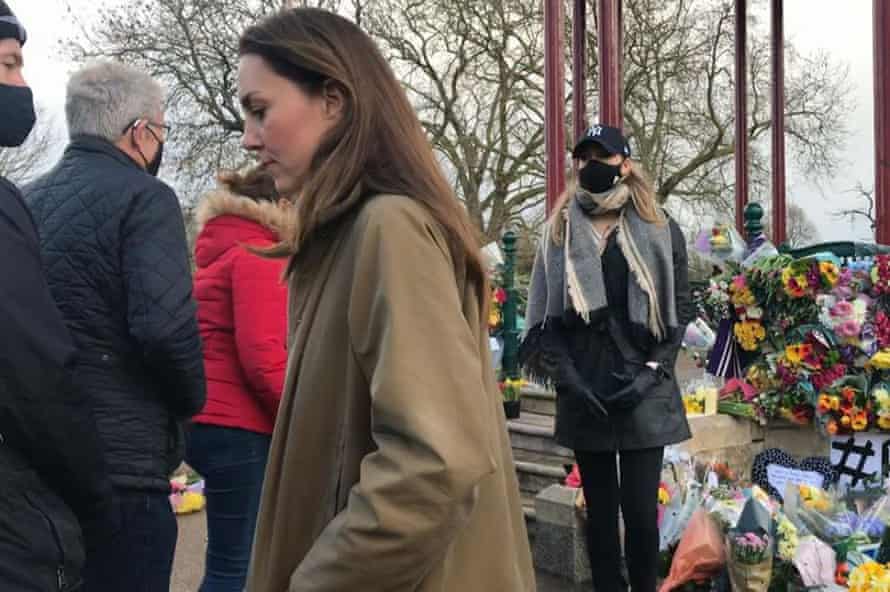 The Metropolitan police commissioner, Cressida Dick, was under mounting pressure last night after widespread criticism of her force’s handling of a London vigil in memory of Sarah Everard.

Priti Patel, the home secretary, and Sadiq Khan, the London mayor, both said they had demanded an explanation from the Met, amid accusations that officers had grabbed women during clashes with the crowd and mismanaged the largely peaceful vigil in Clapham, south London.

Figures from across the political divide united in criticism, with Tory MPs among those who condemned the Met’s approach as “appalling”. Ed Davey, the Liberal Democrat leader, called on Dick to resign. “This was a complete, abject, tactical and moral failure on the part of the police,” he said in a letter to the commissioner. “We therefore call on you to consider your leadership of the service.”

Patel said that some of the footage circulating online from the vigil was “upsetting”, adding she had asked the Met for “a full report on what happened”. Khan said he was “urgently seeking an explanation”.

The Met was accused of turning down opportunities to plan a socially distanced vigil with organisers ahead of the weekend. Organisers of Reclaim These Streets cancelled the event on Friday after failed attempts to work with police to make sure the vigil could go ahead safely.

Caroline Nokes, the Tory chair of the women and equalities committee, said she was “truly shocked at the scenes from Clapham Common – in this country we police by consent, not by trampling the tributes and dragging women to the ground”.

The Labour leader Keir Starmer tweeted: “The scenes in Clapham this evening are deeply disturbing. Women came together to mourn Sarah Everard – they should have been able to do so peacefully.

“I share their anger and upset at how this has been handled. This was not the way to police this protest.”

Gracie Bradley, interim director of human rights group Liberty, said: “Police were given the choice on how to approach this protest. They could have worked with organisers to ensure people could collectively grieve and protest a lack of protection.

“But instead they chose aggressive interventions that put people’s health at risk and led to chaos and distress.

“The true architect of this disaster is the home secretary, who has relentlessly demonised protesters and refused to support a protest exemption to the lockdown rules.”

Hundreds of people defied the police advice not to attend the memorial on Clapham Common, while in-person events also went ahead in Birmingham and Glasgow, where people gathered in George Square in the city centre. Women came alone or with small groups of friends to lay flowers, tie ribbons to the wooden benches beneath the statues and leave messages of solidarity.

Earlier, the Duchess of Cambridge made an unexpected appearance to pay her respects at the memorial of flowers laid at the bandstand on Clapham Common.

The government has been deluged with thousands of personal stories of harassment from women and girls across the country as demands grow for greater legal protection in the wake of the alleged kidnap and murder of Everard.

An official call for people to share their experiences and opinions of crimes aimed at women has received an extraordinary 20,000 submissions since Friday night.

The Met officer charged with Everard’s kidnap and murder appeared yesterday before Westminster magistrates court. Wayne Couzens, 48, who served in the Met’s armed diplomatic protection unit, spoke only to confirm his name, the address of his home in Deal, Kent, and his date of birth.

Couzens sat in the dock as the court listened to the charges. He appeared to have a wound on the top of his forehead. Scotland Yard said he was twice taken to hospital for treatment after sustaining head injuries while being held alone in his cell. He is due to appear at the Old Bailey on Tuesday to answer charges of kidnap and murder.

The personal stories of harassment and abuse will be used by the government to inform a summer package, designed to give greater protection to women and girls, which is being drawn up by Patel. Making sexual harassment in the street a specific offence is understood to be part of the measures being examined.

However, Patel is under cross-party pressure to back a more radical, “once-in-a-generation” overhaul of laws. Labour will try to attach a series of reforms to the police, crime, courts and sentencing bill, currently being studied by MPs. Its proposals include increasing minimum sentences for rapists and stalkers and making misogyny a hate crime. It will also demand an independent review into increasing sentences for domestic murder, as well as providing stronger legal defences for domestic abuse survivors.

David Lammy, the shadow justice secretary, said: “The government should start by increasing sentences for the most serious criminals like stalkers and rapists, while working to drive up the appallingly low levels of convictions for sexual violence and domestic abuse.”

Separately tomorrow, the House of Lords will vote on a proposal to force all police forces to log and monitor misogynistic crimes as hate crimes.

Nokes said: “I don’t pretend making misogyny a hate crime would be legislatively easy, but we can’t tolerate things the way they currently are.

“A quick trawl through my emails today let’s me know I’m an idiot, a stupid woman, the reason why men hate women. All sent by men who simply don’t accept or recognise they are part of the problem. So yes, making misogyny a hate crime seems a radical step, but not being radical hasn’t worked.”

The Labour MP Stella Creasy, who has campaigned on the issue, said: “The strength of feeling the planned vigils showed about the need for change highlights that it’s time to stop asking women to stay indoors to be safe and start asking how we tackle violence against women. Making misogyny a hate crime has helped to transform the way some police forces deal with these issues – the vote [tomorrow] would mean all women in England and Wales benefit from this approach.”

Patel said she was “determined to do all I can to prevent crimes which disproportionately affect women and girls”. She added: “The public outpouring of grief and anger in response to the tragic developments in the Sarah Everard investigation shows just how crucial it is that we seek the views of individuals whose experience can help prevent violence against women and girls.”

At Saturday’s court hearing, Couzens was accused of kidnapping Everard in the Poynders Road area of Clapham. She went missing on 3 March after setting off at 9pm from a friend’s house to make her two and a half mile journey home.

Zoe Martin, for the prosecution, said Everard called her boyfriend for around 14 minutes but there had been no further activity on her mobile phone since then. There were four sightings of Everard recorded by CCTV, a doorbell camera, a police car and bus camera. Everard’s boyfriend reported her missing the next day.

After an appeal and a search, her remains were discovered in woodlands in Ashford in Kent last Wednesday.

The prosecutor said her body was found in a large builder’s bag and formally identified using dental records.