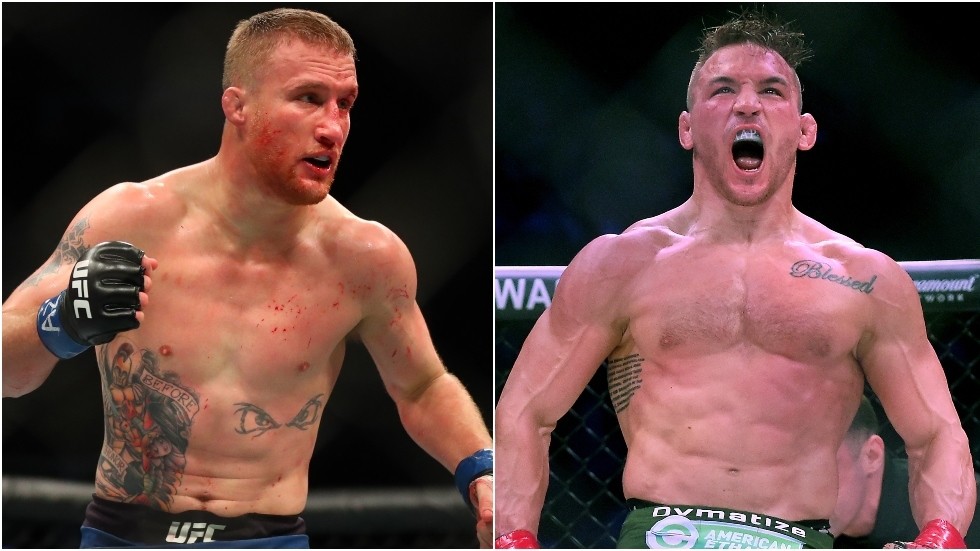 Fight fans are giddy at the prospect of a high-stakes showdown between elite UFC lightweights Justin Gaethje and Michael Chandler amid rumors that the two title contenders are set to meet in what should be a firework-filled bout.

According to a report from ESPN’s UFC insider Ariel Helwani, matchmakers are attempting to agree terms with both fighters ahead of a potential matchup later this year. As of yet, there is no indication of a potential date or location.

Also on rt.com
‘New king in town’: Michael Chandler DESTROYS Dan Hooker inside one round at UFC 257, calls out Khabib


The potential fight appears to be the next step in UFC president Dana White’s plan to identify a top lightweight contender, perhaps with the intention of persuading the exiled Khabib Nurmagomedov to return to the cage for one more fight after the Russian champion announced his surprise retirement in the cage following a win against Gaethje in Abu Dhabi last October.

Speaking to UK broadcaster BT Sport in advance of last weekend’s event in Las Vegas, White said that the 155lbs division has no true top contender at the moment – and that whoever rises to the top throughout the next battery of fights will be considered to be at the summit of the division.

“Nobody’s in line like they should be next,” White said. “[Rankings] 1-9, all those guys are badass and could win on any given day… You could literally put all the names in a hat and pull ‘em out and match ‘em up and every one of those fights are awesome. This isn’t really rocket science.

“Khabib is undoubtedly the best in the world, by a long shot. He’s the champ. The rest of these guys are going to have to fight it out. It doesn’t matter.”

This will be a great test for Chandler am sure this time Gaethje will show off his wrestling too coz if standing I think Chandler knows Gaethje is as solid as a rock.. 😁just ask el CuCu he can’t stand Gaethje stand up game

I WILL NOT miss that war!! Two incredible fighters….

Dustin Poirier and Conor McGregor are set to fight for a third time this summer in a fight which will likely elevate the winner’s championship hopes, while the rest of the lightweight gentry – Tony Ferguson, Charles Oliveira and Islam Makhachev included – will also be hoping to cement their candidacy for a world title shot.

First up, though, seems to be Chandler and Gaethje in what will be a fascinating clash between two fighters who harness similar styles in the octagon – and it certainly has MMA fans licking their lips with the word “violence” repeatedly attributed towards the potential fight on social media.

Another wrote that they “will not miss that war” between “two incredible fighters“.

Former Bellator champion Chandler announced his arrival in the upper echelon of the UFC’s lightweight fold in January when he defeated the gritty Dan Hooker by first-round knockout – while Gaethje, save for an insipid performance against Nurmagomedov last year, has otherwise been in imperious form lately.

In a certain light, all of this speaks to the influence that Khabib retains over the rest of the UFC’s lightweight field. Despite being retired for six months now, Dana White hasn’t relented in his campaign to persuade his top-draw attraction to return to action and this current spate of lightweight bookings appears, in some sense, to be a riposte to Khabib’s request that White and the UFC “show [him] something spectacular“.

Justin Gaethje vs. Michael Chandler is certainly a good place to start.

Also on rt.com
‘New king in town’: Michael Chandler DESTROYS Dan Hooker inside one round at UFC 257, calls out Khabib