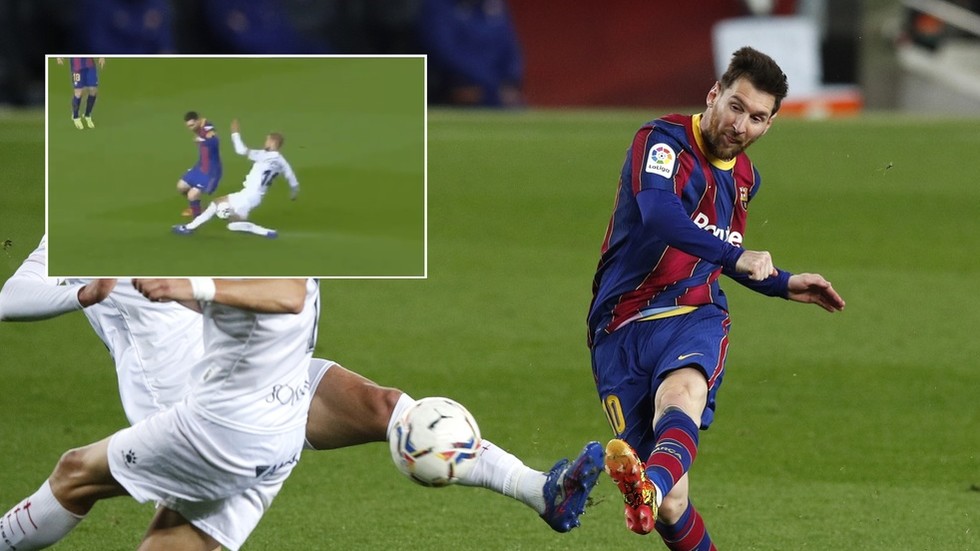 Lionel Messi moved level with the great Xavi on the list of Barcelona’s all-time appearances as the Argentine star marked the occasion with two goals and an assist in a comfortable La Liga victory over Huesca at the Camp Nou.

Messi turned out for the 767th time in the famous Blaugrana colors, matching the record held by midfield legend and former teammate Xavi.

The 33-year-old Argentine made sure the occasion was one to savour, scoring a fabulous double while also assisting Oscar Mingueza for Barcelona’s third goal in their 4-1 win.

Messi’s first strike after 13 minutes was one to relish in particular, as he expertly poked the ball past Huesca’s Jorge Pulido before curling a left-footed effort which satisfyingly clipped the underside of the crossbar before going in.

Messi’s second of the night came in the 90th minute as he swept a shot into the bottom corner from the edge of the box. Frenchman Antoine Griezmann also got on the scoresheet for the hosts.

As well as matching Xavi’s tally for record appearances across all competitions for Barca, the night was also one where Messi reached more milestones, scoring 20+ goals in 13 consecutive seasons in La Liga.

The double took Messi to 21 goals in 25 La Liga appearances this season, while he has also laid on nine assists in the competition.

Perhaps more importantly, the win continued Barcelona’s 17-game unbeaten run in the league as they cut the gap to Atletico Madrid at the top of the table to four points, with both teams having played 27 games.

“The first goal was fantastic. He deserves to be important for this team. No more can be said [about him]. The level he’s been at for so many years, for so many games. He’s the most important man in the club’s history… Luckily he’s still with us.”

How long that luck will last is open to debate, however, with Barcelona already suffering another early Champions League exit and rumors continuing to link Messi with a move to French giants Paris Saint-Germain.

Should Messi end up leaving when his current contract expires this season, he will inevitably do so as the club’s all-time leading appearance-maker as well top-scorer, having continued to sprinkle his magic in what could be his final few months in a Barcelona shirt.

Also on rt.com
Time’s up: Lionel Messi and Cristiano Ronaldo must move on this summer if they really want to win the Champions League again