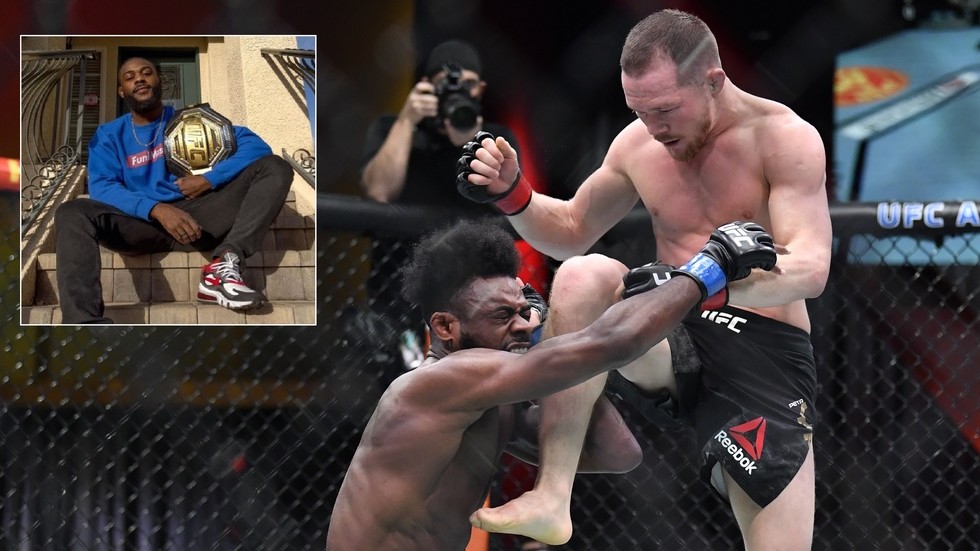 Nearly two weeks from their controversial fight at UFC 259, there is no sign that the war of words between newly-crowned bantamweight champion Aljamain Sterling and Petr Yan is set to slow down.

Sterling became the first fighter in UFC history to win a world title as a result of his opponent’s disqualification after Yan was penalized in the fourth-round for a blatantly illegal blow to the American fighter.

Also on rt.com
‘He takes the title and an Oscar’: Fans claim Sterling FAKED effects of illegal knee which cost Yan belt at UFC 259


The title challenger was subsequently declared unfit to continue the fight after taking a hard knee flush to his temple while on one knee inside the cage – a move which is outlawed by the unified rules which govern the sport – with Yan’s subsequent disqualification meaning that he surrendered his world title to Sterling.

The fight was characterized by a months-long social media feud between the two standout 135lb fighters – and that haranguing is showing little sign of abating, with both men apparently refusing to take a backward step in their rivalry.

Yan fired another social media salvo overnight, publishing videos to his Twitter account of him manhandling Sterling at various points throughout the fight, while also mocking submission ace Sterling’s pre-fight declaration in which he suggested that all he had to do to win was take Yan down and the rest would come naturally.

Sterling, though, soon issued his own riposte and countered by saying that he “outstruck” Yan throughout the contest – and told the Russian fighter that he lost because he is a “f*cking moron” for throwing what was a clearly illegal strike during the fight.

UFC president Dana White indicated in the post-fight press conference that he intends to rebook the Yan vs. Sterling fight as soon as possible to bring some closure to the keenly contested finish of their first meeting – and something tell us that we may have to get used to further Twitter bickering from the two elite bantamweight for a few more months at least.