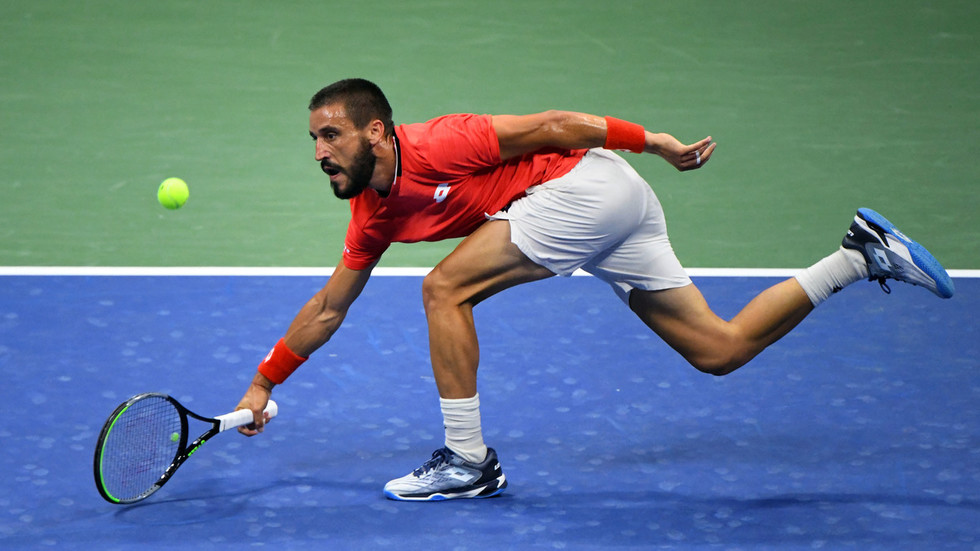 Bosnia’s number-one tennis player Damir Dzumhur has insisted that he did not threaten to kill an umpire and was not disqualified from an ATP event in Mexio, stressing that he walked off court because he was facing “injustice.”

The world number 125 made headlines last week after reports of his on-court tantrum emerged online.

The visibly infuriated ace smashed his racket while challenging a linesman’s decision he didn’t agree with.

The match was suddenly stopped after the heated dispute between the player and the match official, with reports claiming the Bosnian had been excluded from further participation in the tournament having directed death threats at the umpire.

Dzumhur denied the claims, stressing that his leaving the court had not been due to a punishment imposed by the umpire, but his own decision, due to what he perceived as unfair umpiring.

“It is important for me to emphasize that I was not disqualified. I have chosen to leave the court voluntarily,” said Dzumhur.

“Simply, I could not bear that someone treats me very badly, that he can do whatever he wants – the umpire directly influenced the match with his bad calls.

Despite Dzumhur’s claim that he had not been disqualified, the ATP’s official results list showed that he had lost by default.

He also asserted that he hadn’t made any death threats against the official, although he did admit he felt violent during the row.

“I honestly do not know where some websites have found the information about me threatening that I would kill anyone,” he said.

Dzumhur was disqualified. Thus he loses the prize money and ATP points he has earned. “Default” is clearly written in the ATP report

“It is true that I have said to the supervisor that I felt the need to hit the umpire because of what he has done to me. The supervisor suggested that it was not such a great idea, that I could further damage myself.

“I answered that I did not care because I was nervous, but I did manage to regroup myself and leave the court. I have not threatened that I would kill anyone.

“I do not know where that came from, especially since there is video footage of the whole thing.”

The ATP handed the Bosnian a $6,500 fine and stripped him of his Acapulco first-round prize money of $5,280 following the outburst.