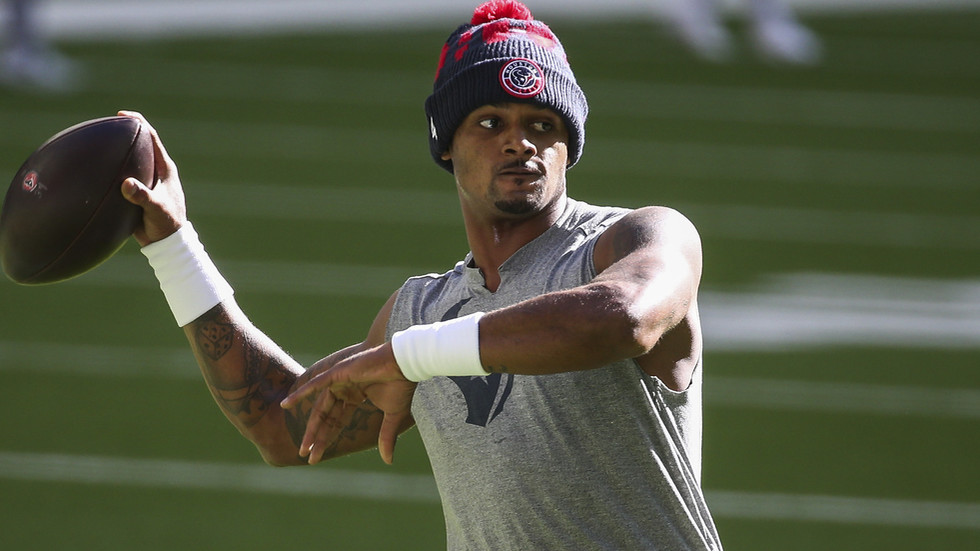 Houston Texans quarterback Deshaun Watson has moved to distance himself from claims by a woman that she was sexually assaulted by NFL superstar, saying that the allegations are the result of a “publicity-seeking” plaintiff.

Watson, who has been agitating for a high profile trade away from the Texans organization for much of this offseason, is being sued by a female masseuse who claims she was assaulted by the 25-year-old QB – but he has shot back to claim that the lawsuit is little more than an attempt to scam him.

According to the suit, which was filed on Tuesday, Watson “went too far” while receiving a massage from the plaintiff but he furiously shot back at the allegation in a strongly-worded statement issued on social media.

“As a result of a social media post by a publicity-seeking plaintiff’s lawyer, I recently became aware of a lawsuit that has apparently been filed against me,” Watson wrote.

“I have not yet seen the complaint but I know this: I have never treated any woman with anything other than the utmost respect.

“The plaintiff’s lawyer claims that this isn’t about money, but before filing suit he made a baseless six-figure settlement demand, which I quickly rejected.

“Unlike him, this isn’t about money for me – it’s about clearing my name, and I look forward to doing that.”

The lawsuit was filed by high-profile Texas attorney Tony Buzbee who explained the action as being a pushback “for women have put up with behavior that we all know no one should put up with.”

“Things are changing in this country, in this great state, and in this great city,” Buzbee wrote in an online post detailing the allegation.

“And I feel like it’s for the better, for all of us! Today we filed suit against Deshaun Watson. Too many times women have put up with behavior that we all know no one should put up with.

Also on rt.com
‘What kind of training is this?’ NFL star Wyatt Teller slays 200lbs alligator, hauls it on his back (VIDEO)


“Should we make excuses for the famous? Or those who hold special positions, or quarterbacks on a local professional football team? I don’t think so! All people are equal, and all deserve dignity and respect.”

Watson – who is considered to be among the most talented quarterbacks in the NFL – has been pushing for a move away from the team who selected him in the first round of the NFL draft in 2017.

The Texans have so far resisted any temptation to move on from the superstar signal-caller but whispers from Watson’s camp have suggested that he might take matters into his own hands by announcing that he will refuse to play next season in a bid to for his team’s hand.