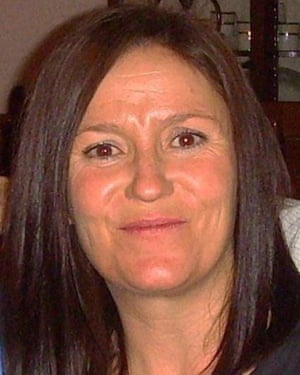 The mother of Moira Jones, who was abducted from a Glasgow street and murdered in 2008, has written an open letter to the parents of Sarah Everard, expressing her concern over an “escalating media frenzy” around their daughter’s death.

Jones’s mother, Bea, said she had been prompted to write after being inundated with media requests to comment on the national outpouring of grief and anger that followed the death of Everard, a 33-year-old marketing executive who disappeared as she was walking home in south London.

“We have been very distressed by what has happened to Sarah, similar in many respects, to Moira’s ordeal,” Jones wrote.

Moria Jones, a 40-year-old sales executive, was grabbed as she walked home at night and forced into Queens Park, on the south side of Glasgow, where she was raped and beaten to death.

Marek Harcar was sentenced to 25 years in prison in 2009 after being found guilty of the murder.

Bera Jones wrote that her “first and last” concern was for Everard’s family and loved ones, who needed to be protected from media intrusion.

“They are totally devastated and bewildered and vulnerable. They cannot fully take in what has happened and the permanence of what has occurred.’

But she added that, while she understood the nationwide response from other concerned and frightened women, “I am very concerned that events have developed to such an extent that those who matter most, Sarah and her family, are being totally swamped and further traumatised by what is going on around them, adding trauma to trauma”.

“How can they cope at all? There is only so much that a head can absorb and a heart can cope with and they have so much more to find out in the weeks and months ahead as dreadful details of Sarah’s death are revealed to them.”

Vigils and acts of remembrance for Everard took place across the UK last weekend, including at Queens Park, where the gates were covered with ribbons and messages of solidarity, many mentioned Moira Jones by name.

Reflecting on her own experience, Jones also wrrote movingly about the questions that she believed Everard’s mother would be asking herself: “Why Sarah? Why would anyone hurt Sarah? … What did she have to go through? … Oh God, what did she have to bear? Why didn’t I know? Why was it Sarah not me? Did she know how very much we loved her?”

She continued: “There are no answers to these questions, there never will be, but she will keep on asking them, over and over torturing herself. I ask them still – – not so often but after 13 years I ask them still.”

She said that she could fully understand why women everywhere were saying enough was enough.

“The media are now reporting on only the vigil that went wrong and the protests that followed, but I do know that at the gates of Queens Park in Glasgow, folks kept their distance and formed an orderly queue as they waited to attach their ribbons and messages and this kind of respectful approach was evident throughout the city, throughout the country.”

Jones, who set up The Moira Fund to help bereaved families, concluded by asking reporters to consider “the plight of those left behind”.