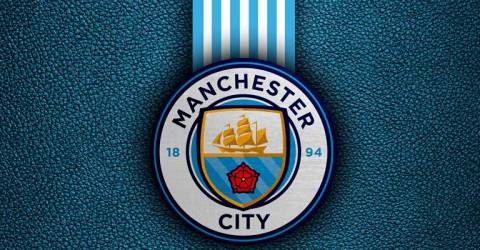 MANCHESTER: Football managers can be as obsessed as any political leader with the need for ‘message discipline’ as Manchester City defender Oleksandr Zinchenko discovered this week.

The Ukrainian spoke openly and positively before Tuesday’s Champions League win over Borussia Moenchengladbach about the chance the team has to win an unprecedented quadruple of titles this season.

His manager, Pep Guardiola, was less than impressed with the player veering from the party line, rebuking “Mr Zinchenko” and declaring that “four titles is a utopia”.

Guardiola’s stance is a fairly typical concern of managers who worry that by talking up the end goals, players will lose the focus needed to accumulate the wins that bring the success.

But while such a mentality is understandable and no doubt based on good psychology, by no objective standard can the idea of City winning all four titles this season be considered utopian.

With eight games remaining, City lead the Premier League by 14 points and it is a matter of when, not if, they complete their third title in four seasons.

City are in the final of the League Cup and are favourites to beat Tottenham Hotspur in the final on April 25, even though Spurs are one of only three teams to beat them this season.

They are expected to beat Everton in the FA Cup quarter-final on Saturday and while they will be wary of Manchester United, the only team to beat them in any competition since the Spurs loss in November, Guardiola’s team are still favourites.

That leaves the Champions League, where the bookmakers also see the Mancunians as the most likely winner, but where Guardiola’s caution is most justified as City have fallen in the quarterfinals for the last three seasons.

They will find out who their last eight and possible semi-final opponents are in Friday’s UEFA draw.

Last year, in the ad-hoc single leg format in Lisbon, City contrived to lose to unfancied Olympique Lyonnais. The previous year they lost to Tottenham over two legs and in 2018 were well beaten by Liverpool.

In all of those games, City had spells where they lost control of the game and where their defending let them down — but this season’s team look far more solid.

With Ruben Dias having transformed the troublesome centre of City’s back-line, they have not conceded a goal in the Champions League since October’s opening group game against Porto.

Guardiola has evolved the team’s tactical approach, while remaining true to the core thinking that has been central to his success at Barcelona, Bayern Munich and the Etihad Stadium.

Striker Sergio Aguero’s long-term injuries resulted in City playing regularly without a traditional centre-forward and as a result they have mastered a system where midfielders Ilkay Gundogan, Bernardo Silva and Kevin De Bruyne take up the central positions at key moments.

Phil Foden’s emergence as a regular feature in the side has injected some additional pace into the team and Guardiola has been able to address his concerns from earlier in the campaign that his side were rushing their attacks.

City under Guardiola have always dominated possession and been relentless in their passing but they now do so with additional speed and a devastating cutting edge.

But, as their manager never tires of pointing out, in the Champions League, the margins of error are much tighter than in domestic competition and they will need to maintain their current level of form if they are to turn the ‘utopia’ into reality.

After the comfortable 2-0 win against Moenchengladbach on Tuesday, Guardiola was still very much on message.

“On Saturday, (in the FA Cup) if we deserve it we will go through against Everton and if not we will be out.” – Reuters