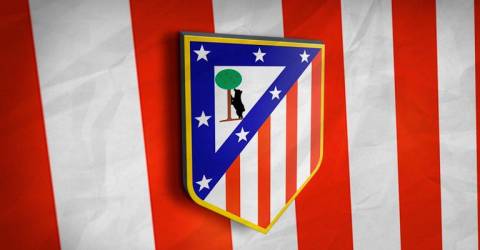 MADRID: The pressure is mounting on La Liga leaders Atletico Madrid as they continue to stutter in their quest for a first domestic league title since 2014.

Diego Simeone’s side have won just two of their last five Liga fixtures, seeing their 10-point lead slashed to four by second-placed Barcelona and six by Real Madrid in third.

Their disappointing form continued on Wednesday as they crashed out of the Champions League in the last-16 after a 2-0 defeat at Chelsea to depart 3-0 on aggregate.

Simeone said that far from allowing his side to concentrate solely on their domestic title bid, the exit was a blow.

“I always think you want to be winning games, going through to the latter stages of such great competitions,” he told a news conference ahead of Sunday’s visit of lowly Alaves.

“The Champions League was really tough for us this season.

“We need to learn from this, improve and reset on Thursday in order to be back at it on Friday raring to go and ready to play each remaining game we’ve got with all we can.”

If Atleti are to kick on and bounce back with a league triumph, Simeone’s charges will need to arrest their decline since the onset of the new year.

They have won eight of 16 games, keeping only three clean sheets in 2021.

Hot on their heels are Barcelona, who travel to fifth-placed Real Sociedad on Sunday.

The Catalans will look to build on the new-found feel-good factor at the club after Joan Laporta was elected as president.

Lionel Messi’s recent upturn in form, which has seen him score 10 times in his last nine games in all competitions, means they are well-placed to capitalise on any Atletico slip-up.

On Saturday, Real Madrid travel to mid-table Celta Vigo as they look to remain in the title mix on a day that also sees Athletic Bilbao face second-bottom side Eibar in a Basque derby. – Reuters