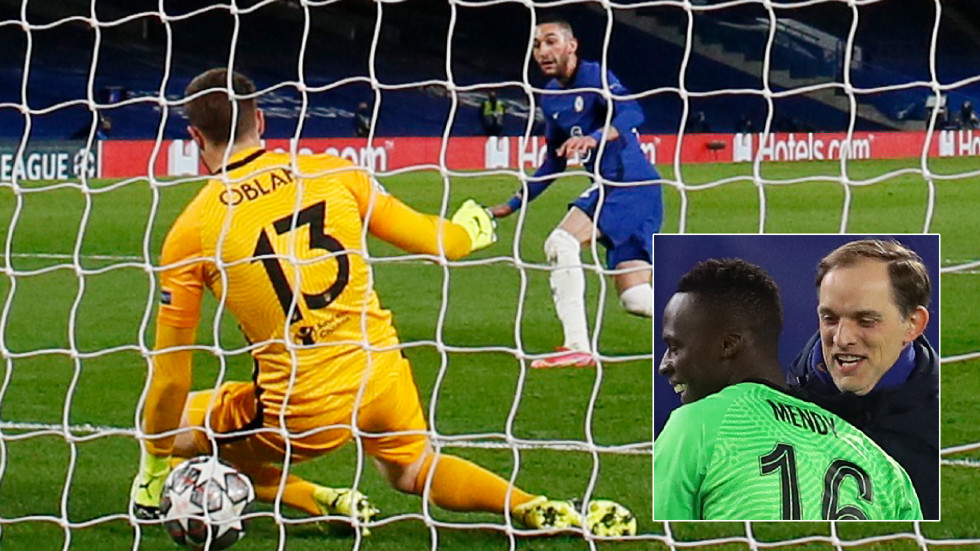 Thomas Tuchel has said that no-one will want to draw Chelsea in Friday’s draw for the Champions League quarterfinals after watching his side sweep to victory over Atletico Madrid, scoring in either half against the Liga leaders.

Atletico have had an outstanding season in Spain, where they are four points clear at the top-flight summit, but could find no way past a Chelsea side who look increasingly formidable as the English Premier League side kept successive clean sheets against an attack including Luis Suarez and Joao Felix.

Two of Chelsea’s expensive new signings, Timo Werner and Hakim Ziyech, combined at speed for the first goal. Germany striker Werner raced free down the left, advanced into the penalty area and crossed for Ziyech to convert the opener just after the half-hour mark.

Even at 2-0 on aggregate, there were reasons to be wary in the light of canny Atletico’s last-gasp victory at Anfield last season, when they knocked holders Liverpool out of the competition.

Impact! 💥Emerson smashed the ball home with his first touch to seal the 3-0 aggregate win for Chelsea 🙌Look at the celebrations in the stands from Thiago Silva, Mason Mount and Jorginho! 😆🤣 pic.twitter.com/wNX3YZe0Sx

Chelsea themselves have harrowing memories of the round of 16 stage from last season, looking back on a 7-1 mauling across two dispiriting matches against eventual winners Bayern Munich.

They look far more resolute now. Werner and Ziyech could both have scored after the break and, after Stefan Savic had been sent off for an elbow to Antonio Rudiger’s chest that was as sly as it was violent, substitute Emerson broke clear and added the second.

Thomas Tuchel extended his unbeaten start as Chelsea boss to 13 matches. “The boys play with a special bond and intensity and results like this give you the confidence to know you can achieve something special,” said the man who took over at the end of January at a club that looked to have little chance of challenging in Europe.

“I’m sure no one wants to play us in the last eight – it will be difficult but we will prepare and we have nothing to fear.

“We know if we cannot find solutions with offensive play we can rely on our physical game. We were absolutely not afraid to put it on a physical level if we didn’t get offensive solutions.

“We enjoyed the battle. The guys were totally on and sharp, we were super hungry to go through.”

Very good performance, unbelievable effort, even from the guys in the stands… could feel we totally wanted it. They tried to pressure us high in the first half but opened up some spaces in the back of the midfield and we could exploit it.”

Injured defender Thiago Silva and banned midfielders Jorginho and Mason Mount were seen celebrating in the stands as Emerson’s 94th-minute goal went in at Stamford Bridge.

Atleti coach Diego Simeone conceded that Chelsea were worthy winners. “The first leg was even but they got their goal,” he said, recalling Olivier Giroud’s acrobatic winner in the first encounter.

“Today they were better than us and deserved to win. We tried to find a way to score, but we weren’t at it up top despite our effort.”