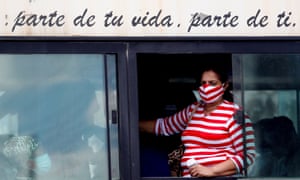 Cuba’s drug regulatory authority on Thursday approved a second Covid vaccine candidate for late-stage clinical trials as the country races to secure a homegrown shot to quell its worst outbreak since the start of the pandemic and sell abroad, Reuters reports.

The Communist-run Caribbean island nation, which has long experience with developing and exporting vaccines, is one of a handful in the region that have not started vaccinating against Covid, as it is counting on its own candidates. This month, Cuba started late-phase trials of its most advanced experimental vaccine, named Soberana (Sovereignty) 2, reflecting national pride in its relative self-reliance in areas like healthcare despite the decades-old US trade embargo.

On Thursday, the Cuban regulatory authority gave the green light for it to start such trials for Abdala, named after a poem by 19th century Cuban independence hero Jose Marti, which like Soberana 2 targets the spike protein of the novel coronavirus.

Authorities will start recruiting about 48,000 volunteers between the ages of 19 and 80 in Cuba’s eastern provinces for a randomised, placebo-controlled trial of the three-shot vaccine next week, according to Cuba’s official registry of clinical trials.

The study is to be completed in July, with first results due for publication in August.
Cuba is going through its worst coronavirus outbreak since the start of the pandemic after opening its borders late last year.

The island of 11 million inhabitants is registering 600-1,000 daily cases, well above the scores or a handful per day for most of last year, although its cumulative tallies of cases and deaths at 64,414 and 384 respectively remain well below the global averages per capita.

The government has vowed to vaccinate the entire population this year with one of its five experimental shots in development.

Critics argue any vaccine development is a gamble and it should be acquiring shots already approved to start immunising the most vulnerable sectors of the population while it awaits results from its own trials.