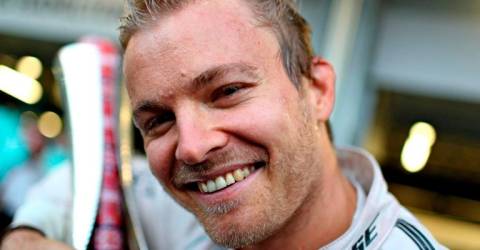 BERLIN: Nico Rosberg (pix), himself the son of a former world champion, has warned Mick Schumacher to expect huge media attention when he makes his Formula One debut next week to follow in the footsteps of his father Michael Schumacher.

“It’s not easy to be the ‘son of’. And with Mick, it is 10 times more difficult, because Michael’s era was not so long ago and he was much more successful,” Rosberg, 35, told website Sport1.

Mick Schumacher, who turns 22 on Monday, makes his Grand Prix debut for American team Haas at the season-opening race in Bahrain on March 28.

After winning the Formula Three European championships in 2018 and then the Formula Two title in 2020, Schumacher junior makes the step up to Formula One this season.

The German carries one of the most famous surnames in motorsport as the son of seven-time world champion Michael Schumacher, who has not been seen in public since suffering brain injuries in a skiing accident in 2013.

To add to the pressure, Michael Schumacher won the Bahrain Grand Prix on its inaugural Formula One race in 2004.

Schumacher senior went on to win 91 races for Benetton and Ferrari, with five of his world titles coming in the famous red colours of the Italian marque.

Rosberg, 35, retired after being crowned 2016 Formula One world champion, 34 years after his father Keke achieved the feat.

Nico Rosberg predicts Schumacher will have to reckon with media attention in his first year of Formula One that will “probably be even greater than Lewis Hamilton” experienced.

“I hope Mick can put that aside and concentrate well on his job – because otherwise it takes a lot of the fun away.”

If the media does not give him time to settle in Formula One, Mick Schumacher “has to take it himself”, advises Rosberg.

“You need time and patience. After all, I had to wait seven years to win my first race and 11 years to win the (Formula One world) title.

“You have to keep that in mind if you want to rate Mick this year.” – AFP