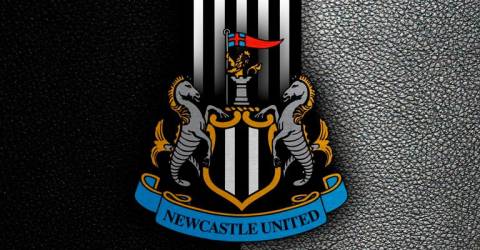 LONDON: When Newcastle United were on the verge of a £300 million takeover by a Saudi Arabian consortium last summer, fans of the club thought their dreams might finally start coming true.

Seven months after that deal collapsed, however, the nightmare scenario of relegation from the Premier League looms large for a club mired in mediocrity.

By the time they kickoff at fellow strugglers Brighton and Hove Albion on Saturday, Newcastle may have slipped into the relegation zone, depending on 18th-placed Fulham’s result at home against Leeds United 24 hours earlier.

Should that happen few on Tyneside will be surprised as optimism among the faithful that things will ever change for the better appears to be draining away.

When the Saudis came knocking it appeared the unpopular reign of owner Mike Ashley was coming to an end and that Newcastle, often described as a sleeping giant, might finally produce a team worthy of the fans’ inflated expectations.

Instead Ashley remains at the helm and despite a run of only two wins in 17 Premier League games manager Steve Bruce remains the man saddled with trying to turn the team’s fortunes around.

According to lifelong fan Dan Lowe, who writes for Newcastle fanzine The Mag, the club is paying for its chronic lack of ambition since Ashley became owner in 2007.

“Ultimately, the root cause is a boardroom level desire for mediocrity,” he wrote. “Bruce was hired to maintain the status quo and deliver a finish of 11th-15th in the Premier League.

“The best managers won’t accept that remit and the average ones won’t inspire good players within the club.”

Bruce has worn a battle-weary look of late with talk of dressing room disharmony fuelled by a training ground bust-up with winger Matt Ritchie which was leaked to the media.

His side might be unbeaten in their last three league games but draws against Wolverhampton Wanderers, second-from-bottom West Bromwich Albion and Aston Villa, thanks to a last-minute equaliser by club captain Jamaal Lascelles, have allowed a resurgent Fulham to close the gap.

Should results go badly this weekend a third relegation under Ashley will look increasingly likely especially with a tough run of fixtures ahead including games against Manchester City, Liverpool, Leicester City, Arsenal and West Ham United.

Their final game of the season is against Fulham, who were 10 points adrift of the safety zone as recently as early February but can now see salvation.

Scott Parker’s side will have a huge incentive to beat Leeds on Friday as victory would put them one point above Newcastle and level on points with Brighton, albeit having played more games than their relegation rivals.

With FA Cup quarterfinals this weekend, a limited Premier League schedule will also have an impact at the top end of the table with West Ham United’s push for a top-four finish continuing against Arsenal on Sunday.

With fourth-placed Chelsea in Cup action, a home victory for West Ham would put them level on points with the Blues ahead of the international break.

Eighth-placed Tottenham Hotspur are also in action on Sunday, away to ninth-placed Aston Villa with both sides needing a win to keep in touch with the race for a top-four place. – Reuters