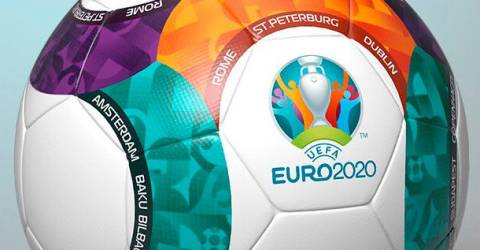 BUCHAREST: Romanian authorities have agreed in principle to have 25 percent capacity in the Arena Nationala in Bucharest for the Euro 2020 matches this summer, the country’s football federation said on Thursday.

“The principle of a 25% presence has been agreed and will have to be ratified by the government before being communicated to UEFA in early April,” Razvan Mitroi, spokesman for the Romanian Football Federation, told AFP.

Some 12,000 spectators could thus be accommodated inside the 55,000-seat stadium, he said.

According to Mitroi, if the epidemiological situation is favourable, “it will be theoretically possible to go up to 50 percent”.

UEFA hinted on Wednesday that it did not want a European championships without spectators and so any of the 12 host cities that insisted on banning spectators could have their matches transferred “to other cities which have the capacity to welcome spectators”.

It has given host cities until April 7 to submit their proposal and intends to decide “at the latest” during an executive committee meeting on April 19, on the eve of its annual congress scheduled in Montreux.

Romanian health authorities are also expected to decide soon on the measures that will be imposed on foreign supporters.

Currently, people travelling from around fifty countries appearing on a “yellow list” due to an “increased epidemiological risk” are required to observe a quarantine of 10 to 14 days upon arrival in Romania, unless they present a certificate showing they have had both doses of the vaccine.

This country of 19 million inhabitants is experiencing a resurgence of the pandemic, with more than 6,000 new cases recorded daily in recent days. – AFP