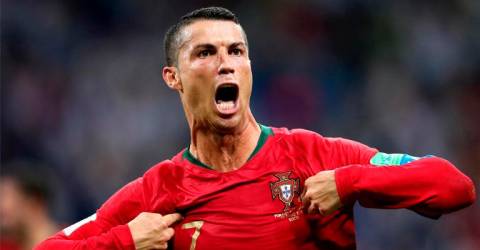 TURIN: Cristiano Ronaldo pushed for Portugal to play next week’s 2022 World Cup qualifier against Azerbaijan in Turin, with the veteran forward keen for his nation to use Juventus’ training centre as a base, according to reports in Italy.

Earlier this month, Portugal were granted permission to change the location of their qualifier against Azerbaijan from Lisbon to Turin over coronavirus concerns, and several Italian newspapers suggest Ronaldo played a part in the move.

Until a few days ago, Portugal was on Britain’s red list of countries for COVID-19, meaning returning Premier League players would have faced a hotel quarantine period. Although Portugal is now off the red list Wednesday’s Azerbaijan clash is still set to go ahead in Turin.

Gazzetta dello Sport and Tuttosport said Portugal’s all-time top goalscorer also negotiated with Juventus for his compatriots to use the club’s Continassa sports centre and for the team to stay at J|Hotel next to the training base.

Portugal begin their qualification bid for next year’s Qatar World Cup on Wednesday and will train at the Continassa base next Monday and Tuesday before facing Azerbaijan at the Juventus Stadium.

Juventus declined to comment on Ronaldo’s involvement when approached by Reuters. – Reuters