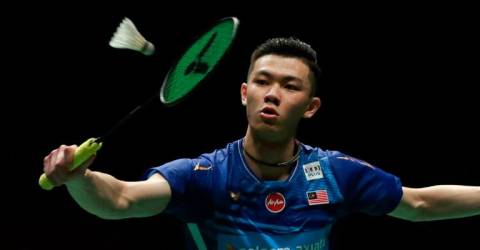 KUALA LUMPUR: Malaysia’s No. 1 and world No. 10 men’s singles shuttler Lee Zii Jia (pix) stunned world No. 1 Kento Momota 21-16, 21-19 to reach the the All-England semifinals for the first time at the Arena Birmingham on Friday.

Momota won all previous six meetings with Zii Jia, with the last match at the Malaysian Masters in January last year ending with a 12-21, 21-16, 21-19 score.

The World No. 10 advanced to the quarterfinals after outclassing Denmark’s Hans-Kristian Solberg Vittinghus 21-12, 21-13 in the second round on Thursday.

It will be Zii Jia’s second semifinal appearance at the All-England – having reached the same stage last year before bowing out to Viktor Axelsen of Denmark.

Zii Jia will take on Holland’s Mark Caljouw in the semifinal after defeating Lakshya Sen of India 21-17, 16-21, 21-17 in the quarterfinal.

Zii Jia has a chance to end a four-year wait for a men’s singles title. The last winner was Lee Chong Wei in 2017.