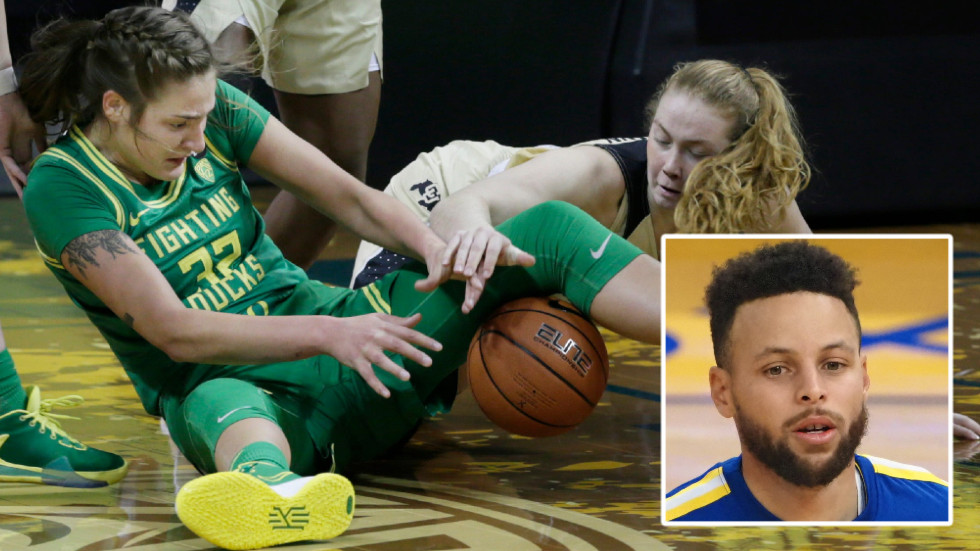 Organizers the National Collegiate Athletic Association (NCAA) were slated on Thursday after photos emerged of the facilities provided at its hugely popular March Madness tournament.

An accompanying video presented by Prince, who plays for Oregon Ducks, appeared to show the notable differences between the male and female gyms at separate bubble sites in Indiana and Texas, with the forward urging: “If you aren’t upset about this problem, then you are a part of it.”

“I’ve got something to show you all,” she began, showing one miserly mound of small dumbbells. “For the NCAA March Madness – the biggest tournament in college basketball for women – this is our weights room.”

Her clip then cuts to a spacious gym in Indiana laden with machines and weights, before she revealed that the female equivalent is pretty large itself, looking capable of hosting far more equipment.

Forced to respond to the furor, the NCAA posted a statement on the same day from its senior vice president, Lynn Holzman, acknowledging that “some of the amenities teams would typically have access to have not been as available inside the controlled environment.”

“In part, this is due to the limited space and the original plan was to expand the workout area once additional space was available later in the tournament,” she added.

That ncaa bubble weight room situation is beyond disrespectful 😐

Now do a comparison of how much money each sport brings in or in the women’s case costs the schools/NCAA.

“However, we want to be responsive to the needs of our participating teams, and we are actively working to enhance existing resources at practice courts, including additional weight training equipment.”

Prince’s post went viral and was ‘liked’ by almost 300,000 users, including a retweet by three-time NBA champion Curry.

Not everyone was on Prince’s side. “The TV contract for the men’s tournament is in the billions,” said one skeptic.

“I have no idea what it is for women but I’d imagine nowhere near there. This is about business, not social injustice.”

Another retorted: “The fact that there are actual men trying to explain why female college athletes deserve less because their sport doesn’t take in any money when neither male nor female collegiate athletes get paid outside of waved tuition and boarding is… hilarious but not surprising.

The TV contract for the men’s tourney is in the billions. I have no idea what it is for women but I’d imagine nowhere near there. This is about business, not social injustice.

The fact that there are actual men trying to explain why female college athletes deserve less because their sport doesn’t take in any money when neither male nor female collegiate athlete gets paid outside of waved tuition and boarding is…..hilarious but not surprising.

“If a college athlete wants to lift weights, they should have unfettered access to do so. The body, for many, is the most valuable asset.

“Why should men and women athletes not have the same access to facilities to help build their body? Because one program makes less dollar?”

The NCAA is yet to address Prince’s seemingly damning evidence.