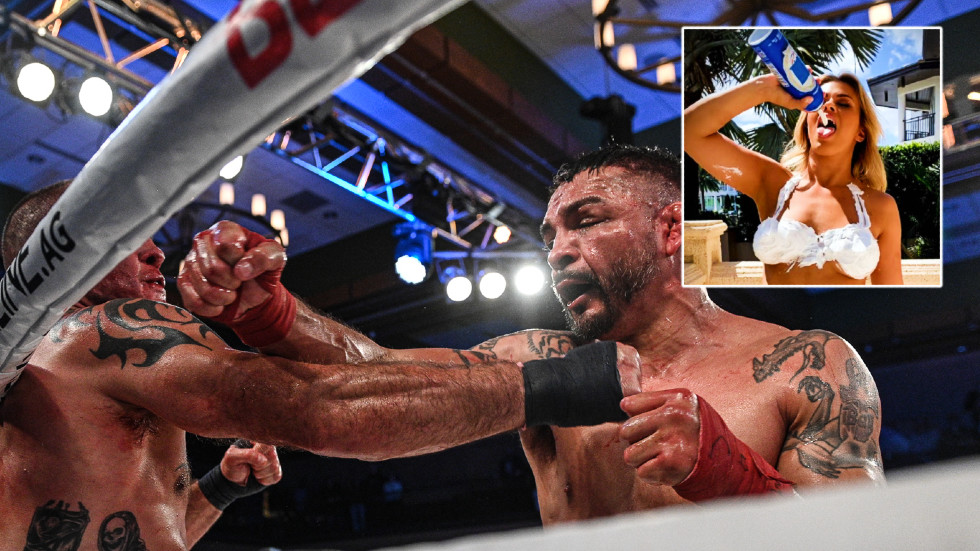 The former UFC starlet-turned-Bare Knuckle scrapper sent followers on Instagram wild before playing her part in advertising the latest event by her new promotion, the Bare Knuckle Fighting Championship.

After pushing the BKFC 16 card, she then shared a post from BKFC with a line that several of its stars had used during the day, echoing: “Bloody Good Main Event”.

The headline fight saw Leonard Garcia, who is also formerly of the UFC, go all the way in what many suspect was his final fight with a majority decision (50-45, 50-45, 49-46) over Joe Elmore.

“I hope Leonard Garcia has a happy retirement,” wrote one fan, watching the questionably respectful end to his fight.

“Hell of a career, but if anyone walked off midway through my ‘both us us kneel down and respect thing’, I’m dropkicking them in the back of the knees when I get up.”

At 41, Garcia said he was yet to make his mind up after a fight in which Elmore fought gamely on despite suffering a bad-looking first-round cut that left him bleeding profusely from his head.

“I’ve still got a lot left in the tank,” said the veteran. “I’m still a legend, I still did everything I said I was going to do.

“I’ve got all the respect in the world for him and I don’t take anything away from him.

I hope Leonard Garcia has a happy retirement, hell of a career, but if anyone walked off midway through my “both us us kneel down and respect thing” I’m dropkicking them in the back of the knees when I get up. #BKFC16pic.twitter.com/E2nVwOpwTE

“I’ve got an important decision to make and it’s a hard one. My deal with God was to be the number one guy when I left.

“That’s why I took the fight with Joe Elmore. I wanted to prove to the world I was the number one fighter at 165 when I retired.”

VanZant lost to Britain Hart by decision on her debut with the promotion last month, but has vowed to continue her fighting career and spoken of her devotion to MMA.

Also on rt.com
‘I’m in great shape’: Female UFC ace who collapsed twice at weigh-in before her bout was canned says she would have fought (VIDEO)