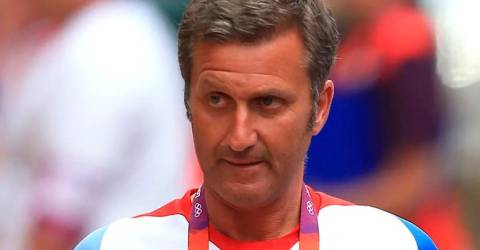 LONDON: Richard Freeman (pix), the former chief doctor for Team Sky and British Cycling, has been permanently struck off the medical register, a Medical Practitioners Tribunal Service ruled on Friday.

Freeman, 61, was found guilty of ordering testosterone “knowing or believing” it to be for an athlete to improve performance, the MPTS ruled last week as it delivered a damning verdict on the conduct of the doctor.

The decision comes a day after Freeman, who was also the former chief doctor for Team Sky, had been deemed unfit to practise due to misconduct that involved “serious dishonesty, as well as behaviour which could have placed patients at unwarranted risk of harm.”

The Tribunal said on Friday that Freeman’s behaviour is fundamentally incompatible with continued registration.

“The tribunal has therefore determined that erasure is the only sufficient sanction which would protect patients, maintain public confidence in the profession and send a clear message to Freeman, the profession and the public that his misconduct constituted behaviour unbefitting and incompatible with that of a registered doctor,” it said in a statement.

“The Tribunal therefore determined that Dr Freeman’s name be erased from the Medical Register.”

The tribunal said it will consider whether to impose an immediate order to cover the appeal period.

Freeman was charged with ordering 30 sachets of Testogel to the national velodrome in Manchester for an unnamed athlete in 2011 and admitted to destroying a laptop before passing it on to forensic experts conducting a UK Anti-Doping (UKAD) probe.

He had previously admitted to 18 of the 22 charges against him including purchasing banned testosterone, lying to UKAD and keeping haphazard records.

Freeman worked for Team Sky and British Cycling during a golden period of success between 2009 and 2017.

Ineos Grenadiers, formerly Team Sky, said last week that Freeman had “fallen short of ethical standards” but none of its riders had sought to use any banned substance. – Reuters