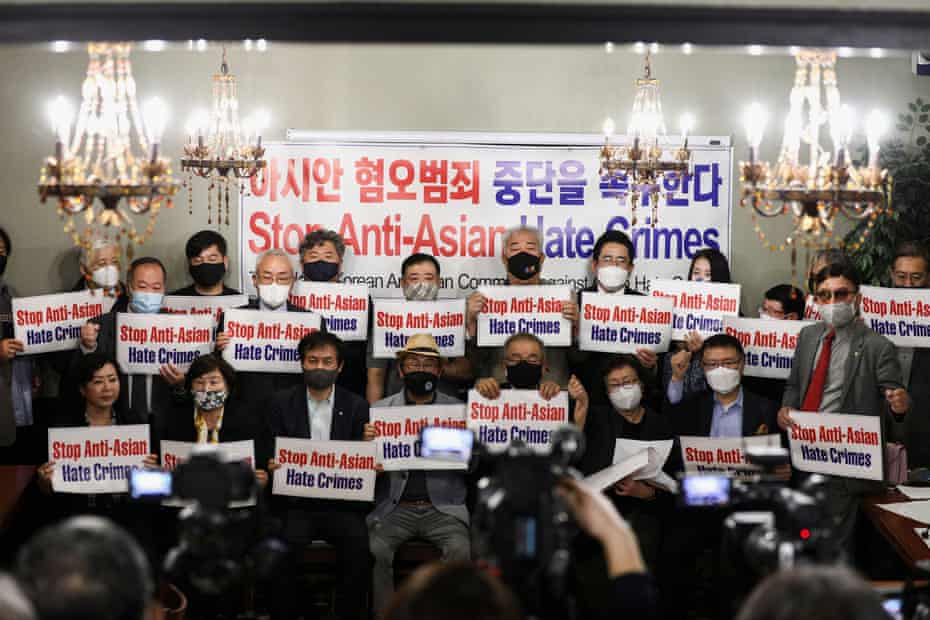 On Monday morning, the day before a 21-year-old white man killed six Asian women and two others in the Atlanta metropolitan area, Dr Michelle Au, who became Georgia’s first state senator of east Asian descent only months ago, stood to address her colleagues at the state capitol.

She spoke of the spitting, stabbing, punching and other acts of violence aimed at Asian Americans in the last year, including incidents in Georgia. She told her colleagues that “otherization, exoticization … and racism against Asian Americans are not new,” and spoke of the difficulty in changing these conditions “when … voices like yours are not always heard.”

“We need help,” she implored. “We need people in power to stand up for us against hate.”

Unfortunately, it would not be the last time she would address the issue. She would soon be joined by her four Asian American colleagues in the Georgia assembly, as well as the growing number of community-based organizations that have formed in recent years, a reflection of how the state’s fastest growing population has become a part of life in the former cradle of the Confederacy.

In the days following the killings, as national and international media sought to explain the violence to their audiences, it was Georgia-based leaders with last names like Au, Nguyen, Cho, Park and Yaqoob Mahmood who stood in front of cameras and tape recorders. That represented a high-profile local Asian American response to the tragedy – one that might have been unthinkable in Georgia only a decade ago.

The result may be further steps taken toward countering historically unheard Asian-American voices in the city, state and the broader American south and what Bee Nguyen, Georgia’s first Vietnamese American state representative, described as “invisibility”.

“We’ve been taught as Asian Americans to keep our heads down, because our parents believed it was safer for us,” Nguyen said from the capitol on the day after the shootings. “What’s happened is we’re now invisible and … it is invisibility that hasn’t shielded us from xenophobia, hate crimes, or gender-based violence.”

On Thursday evening in a parking lot outside H Mart, the Korean American supermarket, in Suwanee, Gwinnett County, Sack Wichaisack echoed Nguyen. “The thing with Asian people is, when something happens to us, we don’t want to draw attention to us,” said Wichaisack, who was born in Laos. Having people like Au and Nguyen being at the center of the public response to this week’s tragic violence “makes a difference,” he added. “It makes us feel seen.”

The 47-year-old construction company owner, who moved to Georgia in 2003, also noted how the Black community responds to violence driven by racism. “I see people in the Black community, when something happens to them, they corral together … [and] I think Asian people need to be more aware.”

“We’re in the heart of the civil rights movement,” said Victoria Huynh, vice-president at the Atlanta-based Center for Pan Asian Community Services (CPACS), which calls itself the “largest and oldest organization in the south-east to focus on issues and concerns of Asian Americans”.

“Leaders of the Black community have set the stage and created opportunities for Asian Americans,” Huynh said, adding that her organization’s work on issues such as voter engagement draws inspiration from civil rights icons Martin Luther King and Congressman John Lewis.

The increasing participation in public life by Asian Americans in Georgia that began several decades ago was most evident in last year’s general elections, as the number of Asian American state legislators increased to five for the first time, adding to local officeholders throughout the Atlanta metro area.

At the same time, increasing representation challenges the political power dynamic in the state, which for much of its history has been framed in terms of Black and white voters and elected officials. “With growth in political power comes hatred and a backlash,” said historian Keri Leigh Merritt. Historically, she said, “Black people have been looked at as a threat to white supremacy – but now there are other threats.”

Merritt pointed to the Reconstruction period, where dozens of Black legislators came to power in Georgia, soon followed by a period of violence that resulted in a lack of representation in the assembly for nearly a century. “A big reason the Reconstruction failed is because no one was held accountable – not the slaveholders, not the Confederates,” she said. “This may be happening again,” she said, pointing to the Trump administration’s incitement of violence against Asian Americans during the Covid pandemic and in the January 6 storming of the US Capitol, and the lack of consequences for such actions to date.

Nyit Yong stood in the wind outside H Mart on Thursday evening trying to understand things she has seen more of recently than at any time in her two decades of living in Georgia. “Some white Americans, deep down inside, have this stereotype about Asians,” the 49-year-old IT professional said. “But in the last four years, the leader of the country has brought it out.”

She was referring to Trump’s insistence on linking the coronavirus to China or Asia, variously, and how this has encouraged racist expressions from everyday white Americans. Yong said she was concerned for her safety, and that of her daughter, a University of Georgia student. “I texted her yesterday and told her to be careful, to be aware of her surroundings,” she said.

Like Wichaisack, she brought up the notion of buying guns for protection. “I have Chinese friends who own gas stations – they’ve considered getting guns,” she said.

Yong also felt heartened by the platforms being afforded to Asian American leaders in Georgia in the wake of Tuesday’s violence. “They bring out our voices, our problems,” she said. She mentioned the visit of Joe Biden to the city. “If I could speak to him,” she said, “I would ask him, does he have a plan to prevent further violence?”

She also wondered, “Why can a young man have that kind of feeling toward Asian women – where did he get it from? Why do we still have people in this country that are so racist? Who taught him that?”

Aisha Yaqoob Mahmood is the executive director of the Asian American Advocacy Fund, one of the organizations that has been joining with others to ensure “we’re centering the most impacted” by Tuesday’s violence – the families of the victims, and the communities they come from. Mahmood has lived in Georgia for 22 years, and has seen the number and kinds of organizations like hers multiply during that period. She recalls trying to raise awareness about an incident where a white man shot and killed three Muslim students in neighboring North Carolina, in 2015. “I felt like I was doing it by myself – begging elected officials to pay attention,” she said.

Now, she and many others are meeting with community members affected by the recent killings, seeking to provide help with anything from translation to legal support.

Victoria Huynh, at CPACS, has also been organizing what she calls “listening sessions” with community members in recent weeks, as concerns have grown over the wave of violence against Asian Americans. People are “traumatized,” she said – “seeing images of violence from around the nation, with someone like our grandfather, our aunt, our uncle.”

“If this had happened 20-something years ago, it would be different,” she said. “Now, we’re more equipped to respond to something like this.”

The two organizations and others held a press conference midweek to discuss their response. Mahmood said she hoped that more attention would come to the many different Asian American populations living in the state, and that “Georgia elected officials will see what our needs are”.

“Our communities have changed,” she said. “We’re hoping Georgia will change along with it.”

Outside a Korean BBQ Chicken restaurant Thursday night, April Chung said: “It’s time for people to hear us.” The 28-year-old, who arrived to Buford, Georgia from South Korea 10 years ago, said: “This week, I had my heart broken – that this man was aiming for Asians.” She said she was concerned for the safety of her parents, and that “I feel kind of afraid of going to Walmart or [supermarket chain] Kroger.”

Chung looked at several local Korean-language newspapers from a rack nearby, including one whose reporter had spoken to a witness of the killings. That same day, another local Korean outlet would be the first to speak with the son of one of the victims. Chung said that the outlets, though small, had an advantage over English-language media: community ties, including a shared language. “For Korean culture, when anything happens, we walk together,” she said.

Asked what she would say to Biden if she could, she fell silent, answering, after a pause: “I’m still emotional.” Then she added: “He would understand what it means to be a victim, what it means to be in a foreign country. By doing that [meeting], I’m hoping the people that think Asians are bad – they might change their minds.”