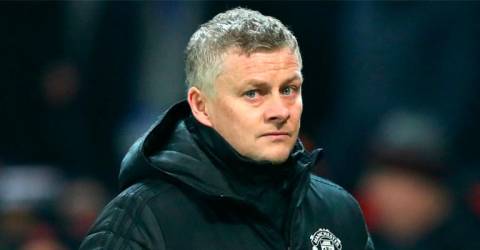 While Rashford was replaced at halftime on Thursday after he felt a “little twinge” during their Europa League victory over AC Milan, Martial and Cavani were not in the lineup.

Martial is recovering from a knock to his hip. Solskjaer said Rashford was “most unlikely” to recover for Sunday’s trip while Cavani’s participation would depend on the Uruguayan’s progress.

“Edinson has worked really hard and joined in training sessions. Towards the end he needs to top it up to feel 100% ready for the game and hasn’t really got there yet,” Solskjaer told reporters.

“It’s down to him, he doesn’t want to come in and look off the pace. Hopefully he can be ready for Sunday but I’m not sure.”

However, United were boosted by the return of Paul Pogba after he made his first appearance since the first week of February, coming on for the second half and scoring the winner against Milan.

The Frenchman has a contract until 2022 but Solskjaer refused to be drawn into discussing the midfielder’s future at Old Trafford.

“I don’t think any energy would be used on the speculation,” Solskjaer said.

“Of course we’ve got discussions and talks. When you see Paul playing… when you see him come back training, it shows how much he cares for us, how much he enjoys playing and how much we can benefit from having him here.” – Reuters