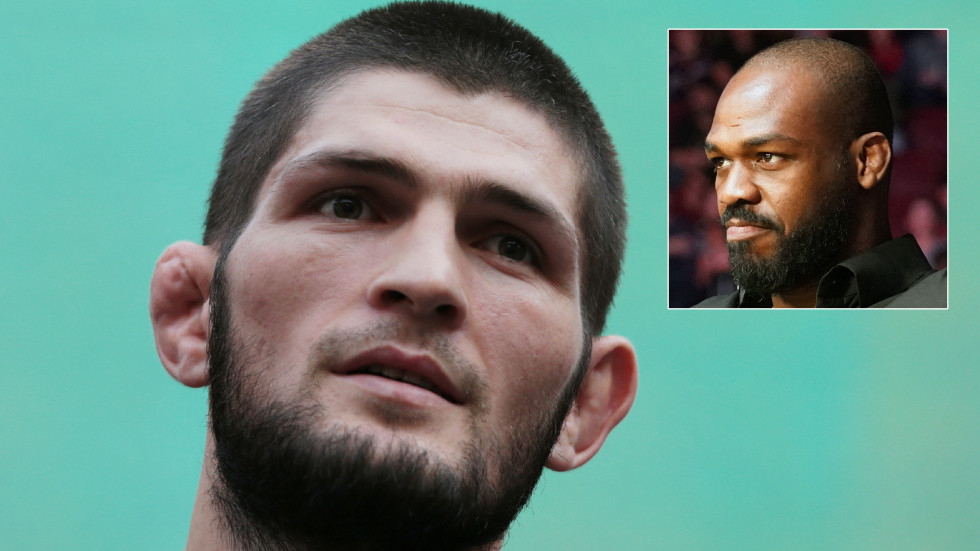 Former light heavyweight champion Jon Jones has reignited the argument over whether lightweight great Khabib Nurmagomedov should be considered the greatest UFC fighter of all time, failing to resist having a dig at the Dagestani.

Ever since the Russian lightweight king announced his retirement after stopping Justin Gaethje at UFC 259 in October, Jones has appeared offended by claims that the 29-0 Russian stands above him and the likes of Georges St-Pierre and Anderson Silva as the greatest mixed martial artist to step foot in the octagon.

Though the furor had died down in recent weeks, with Jones instead involved in a tit-for-tat with fans of recently-defeated rival Israel Adesanya, UFC president Dana White’s long overdue acceptance of Khabib’s decision before the weekend saw it rise to the surface once more.

Taking to his millions of followers on Instagram Instagram, Jones posted a version of a famous meme with a Khabib-twist, which shows the Russian receiving a gold medal and popping champagne to celebrate his four title defences.

The last shot showed the grappler on a podium in last place, behind the likes of the aforementioned trio, Demetrious Johnson, Jose Aldo, and Jones’ future heavyweight foe Stipe Miocic in this respect.

One Twitter user quipped that Jones was “the definition of fragile male ego”. Back in Russia, meanwhile, Khabib’s EFC 34 night provided a pair of explosive KOs.

Pak then forced a stoppage with a barrage of punches that preceded a series of left and right hooks.

In the co-main event, Jora Ayvazyan demonstrated a ground-and-pound game that Nurmagomedov would be proud, earning a technical knockout victory over Andrey Odinstov.