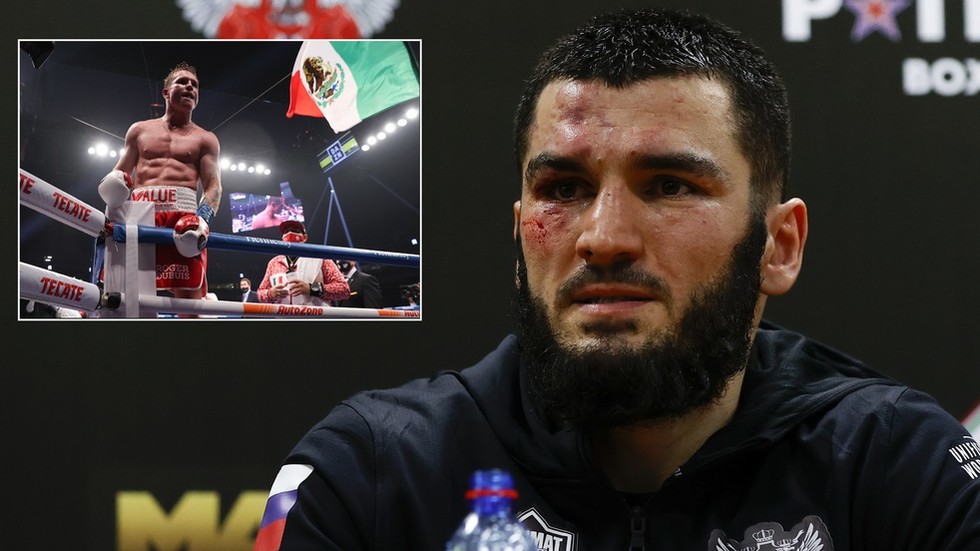 Light-heavyweight world champion Artur Beterbiev says he would have no hesitation in facing Mexican four-weight superstar Saul ‘Canelo’ Alvarez, after the undefeated Russian claimed his latest KO victim in Moscow.

Beterbiev improved his unblemished record to 16 victories from 16 fights – all of which have come by way of KO/TKO – as he put away Russian-born German opponent Adam Deines in the 10th round of their contest on Saturday night.

The Canada-based Beterbiev, 36, retained his WBC and IBF titles in what was his debut fight on home soil in front of 6,000 fans in the Russian capital.

Also on rt.com
KNOCKOUT! Beterbiev blasts out Deines in 10th round of one-sided but drawn out Moscow title defence


After another destructive performance, attention turned to what could lie ahead for the Dagestani-born Beterbiev, including a potential meeting with Mexican megastar Canelo.

Canelo, 30, will next step into the ring in a super-middleweight unification fight with Britain’s Billy Joe Saunders in Texas in May.

However, rumors have suggested that further down the line Canelo could face Beterbiev – something the Russian said he is ready and waiting for.

Responding to a question from RT Sport after his win on Saturday night, Beterbiev’s team denied claims that they had already been contacted by Canelo, but added they would give a resounding “yes” should the fight be offered, even without the need for any formalities.

Canelo is among boxing’s biggest draws, and is seen by many as the sport’s current pound-for-pound king.

The Mexican boasts a record of 55 wins in 58 fights as a professional, with two draws and just a single defeat, coming when he was outpointed by Floyd Mayweather back in 2013.

Also on rt.com
‘Nothing more than a punchbag’: Canelo crushes Yildirim as Turkish challenger forced to quit on stool after three rounds (VIDEO)


In his last outing, Canelo blew away Turkish super-middleweight challenger Avni Yildirim after just three rounds of their contest in Florida.

Speaking in recent days, Beterbiev has also teased a potential switch to MMA, claiming he could train alongside the likes of his friend Georges St-Pierre in Canada, or Russian UFC icon Khabib Nurmagomedov.