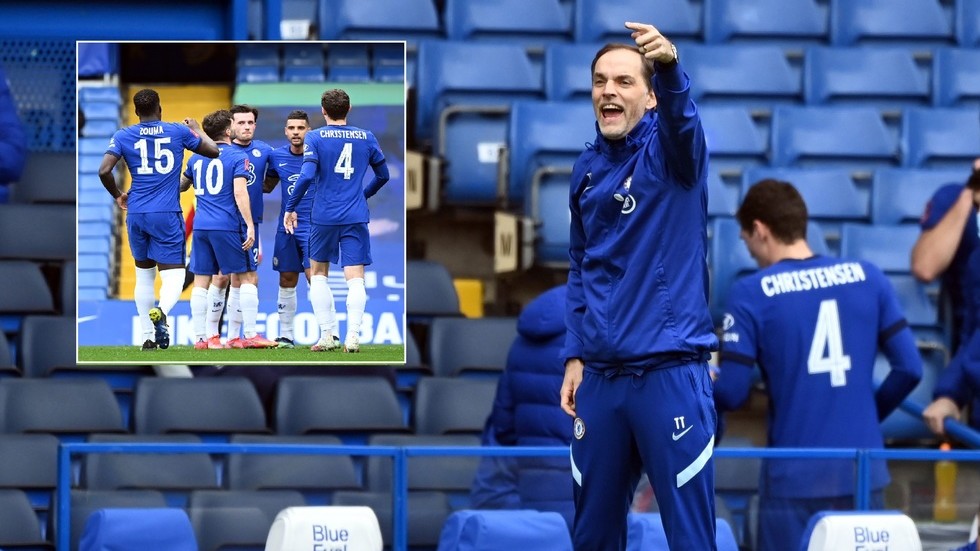 Chelsea showed more signs of their resilience under Thomas Tuchel as the Blues battled past Sheffield United to book an FA Cup semi-final spot and remain unbeaten in 14 games under their new German boss.

Tuchel’s men were made to fight hard by the Premier League’s bottom side but ultimately got the job done at Stamford Bridge thanks to a first-half own goal from Oliver Norwood – who steered Ben Chilwell’s cross into his own net – and an injury-time strike from Moroccan wing wizard Hakim Ziyech.

The visitors had chances through David McGoldrick, who spurned a golden chance to equalize, and Oliver McBurnie, who saw his effort saved by Blues stand-in ‘keeper Kepa Arrizbalaga.

It was far from pretty for the hosts but was ultimately another win as they march on under the stewardship of Tuchel, who has been a revelation at the Bridge since taking over from sacked club legend Frank Lampard at the end of January.

The eight-time FA Cup winners are into the semi-finals of the competition, having reaching the last eight of the Champions League in midweek by sealing victory in their tie with La Liga leaders Atletico Madrid.

READ MORE: ‘We have nothing to fear’: Lucky 13 for Tuchel as Chelsea reach the Champions League quarterfinals by beating Atletico Madrid 2-0

They have also risen back into the Premier League’s top four, where they hold a goal difference advantage over London rivals West Ham.

Blues fans hailed the impact of the 47-year-old German, claiming he had brought “personality and passion” with him to the dugout.

According to the stats boffins at Opta, Chelsea are now just two games away from equaling a club-record run of clean sheets which dates all the way back to 1905.

▫️Currently Top 4▫️QF of the Champions League▫️SF of The FA Cup▫️So difficult to break downSafe to say that Tuchel has settled in quickly at Chelsea & got the wheels in motion (despite today’s performance)The bloke’s got a load of passion & a great personality to boot! 💙

7 – Chelsea have kept a clean sheet in seven successive matches, their longest run since December 2005 (also seven); they’ve only had one longer run in their history – nine games ending in December 1905. Impenetrable. pic.twitter.com/yl6fTOUz5x

Tuchel himself admitted that Sunday’s FA Cup quarter-final display against the Blades had not been pretty, but that “tiredness” was taking its toll on the team in this most congested of seasons.

Many of the Blues assortment of stars will now head off on international duty, before returning for the Premier League clash with struggling West Brom in London on April 3.