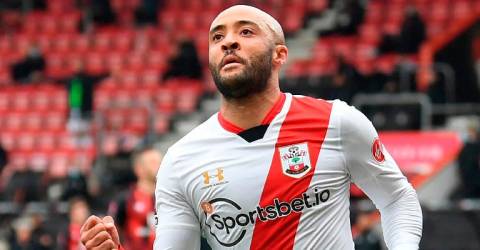 LONDON: Southampton’s Nathan Redmond (pix) scored twice and fellow winger Moussa Djenepo bagged another in a 3-0 win over south-coast rivals Bournemouth on Saturday to secure a place in the FA Cup semifinals for only the second time in 18 seasons.

Mali international Djenepo ran on to a precise through ball from Redmond to slot past goalkeeper Asmir Begovic and give the Saints the lead in the 37th minute, before Ralph Hasenhuettl’s side struck again seconds before the break at the Vitality Stadium.

Redmond collected a pass in midfield and weaved his way past Bournemouth’s defence to fire into the top corner as the Premier League side took control of their quarterfinal with Jonathan Woodgate’s Championship (second-tier) side.

“We had aspirations of getting (to Wembley) at the start of the season. It’s a chance for us to put the league form behind us,“ Redmond told BT Sport. The Saints have lost 10 of their last 12 Premier League games.

“It’s good for us to get into the next round going into the international break where we can work on a few things while some of the boys are away.

“We know each other well and how to get the best out of each other. Today it clicked, so hopefully we can end the season on a high.”

The Saints began the game brightly and thought they had gone ahead 1-0 when Bournemouth’s Cameron Carter-Vickers bundled in a Kyle Walker-Peters pass into the penalty area. But the Video Assistant Referee (VAR) disallowed the goal for offside.

VAR ruled out another Southampton effort in the second half when Che Adams netted from distance, because Stuart Armstrong was deemed to have been offside in the build-up.

Redmond then scored with a fine finish to cap off a strong day for Southampton, who last won a major trophy when they claimed the FA Cup in 1976.

The Saints, who last reached the semifinals in the 2017-18 campaign before losing to eventual champions Chelsea, will find out who they face in the last four of the competition at Wembley Stadium when the draw is made on Sunday. – Reuters