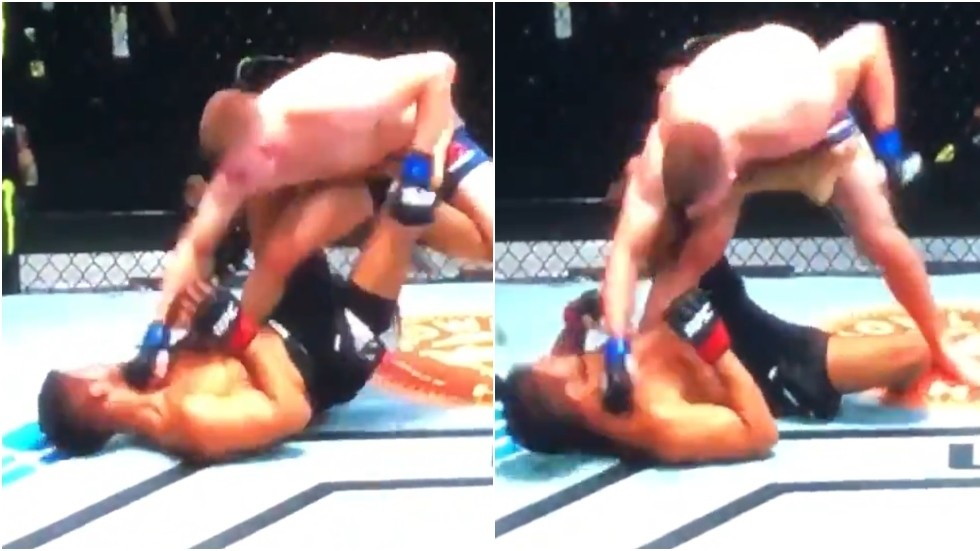 Grant Dawson was awarded a Performance of the Night bonus for his savage exploits at UFC Vegas 22 on Saturday night as he landed a buzzer-beating KO in his lightweight contest with Brazilian rival Leonardo Santos.

With the bout set to head to the scorecards, the 27-year-old Dawson didn’t want to leave his fate in the hands of the judges and got the job done within three rounds.

Laying a barrage of brutal hammerfist blows down on Santos that caused his foe’s mouthguard to fly out, the referee stepped in to stop the ground-and-pound pummeling with just one second to spare.

Though some dubbed the feat “unreal”, fans in general were less impressed by the officiating.

“Awful reffing, he was out after [the] first one landed clean, I could tell on my couch and he took three more clean [shots] for no reason. Shaking my head,” decried one Twitter user.

Awful reffing he was out after 1st one landed clean, I could tell on me couch and he took 3 clean more for no reason. Smh

“Wtf was the ref doing? At least two big shots after he was out,” questioned another in agreement, as someone else said: “Yeah just jump in whenever you’re ready ref.”

“Shocking from the ref. Truly shocking,” it was also said.

He used his post-fight interview to call out US veteran Clay Guida.

“From this point on it’s legends and rankings.”@DawsonGrant20y1 lays out what is next for him after defeating Leonardo Santos, including a potential fight with Clay Guida 🔊⬆️All #UFCVegas22 Results ⬇️:

The UFC’s 155lbs fold is notoriously infested with threats, but a statement from Dawson as he stepped up to the division surely put some names on notice and gave matchmakers another name to think about in the mix.

Also on rt.com
He’s behind you: Fans blast ref after defenseless fighter is knocked out from behind in bizarre end to boxing title bout (VIDEO)