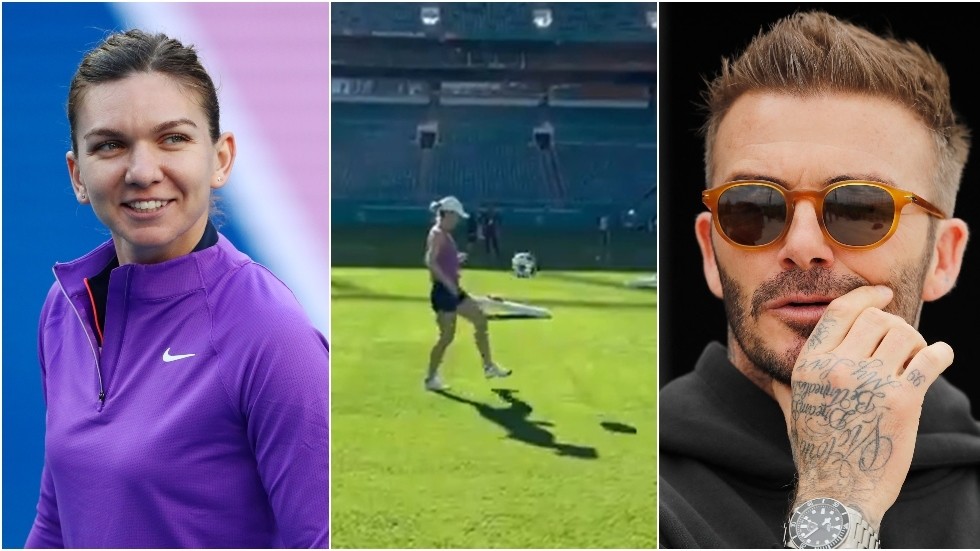 Romanian tennis ace Simona Halep has impressed fans online after swapping her racket for a football and managing a personal “new record” of 81 keepy-ups in the dazzling Miami sun.

Currently competing in the 2021 Miami Open, it seemed only right that the 29-year-old tagged David Beckham’s MLS franchise Inter Miami in the Twitter video.

Supporters were also quick to lavish the former world number one with praise. One fan suggested even Ronaldinho would be proud, while others suggested Halep get in contact with David Beckham as to organize a contract with the new MLS outfit.

That’s so crazy !! Simo girlReally ! impressive !!David Beckham should be sign up her 😂😂

Please contact David Beckham…he’ll get you a contract with Inter Miami ASAP. All the best.

Two-time Grand Slam winner Halep is the tournament’s third seed and will hope her form on the football pitch can translate to success back on the court.

Success won’t come easy though as Halep will likely have to beat American phenomenon Coco Gauff if she wants to progress into the latter stages of the tournament.

The two met before in 2019 at Wimbledon, with Halep winning 6-3, 6-3 before going onto to claim the whole tournament. Two years on, Gauff will be looking for revenge as she continues on her meteoric rise to the top.