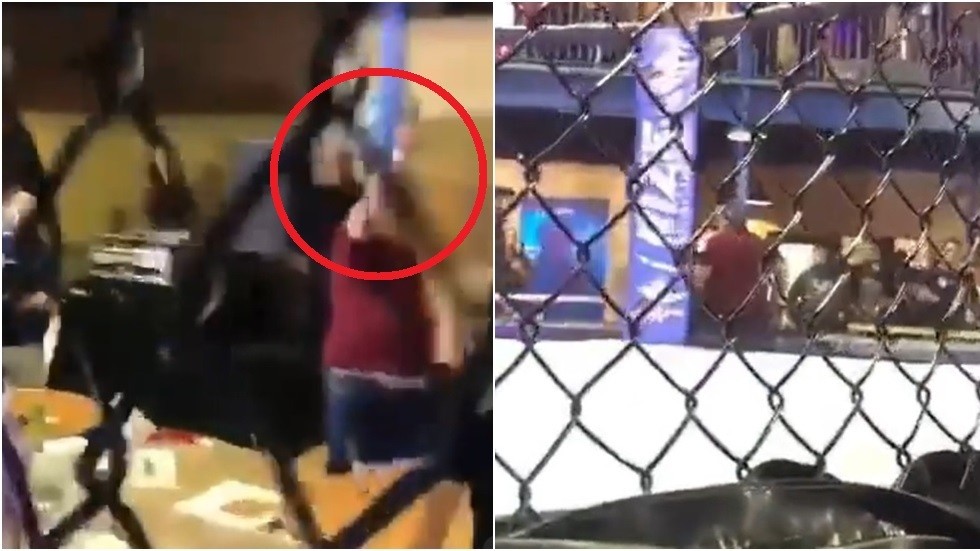 Former top-ranked UFC middleweight Hector Lombard has hit out at scenes he witnessed at a regional MMA event as at least one gunshot was discharged during a mass brawl during a fight card in Florida.

Most MMA fans are used to seeing firefights in the cage but the recent RIZE Fighting Championship event in Palm Beach seemed to have more intense action outside of it, after police were called when a violent brawl between fans turned potentially deadly when one audience member discharged his gun into the arena’s ceiling.


Per an initial report by TMZ Sports, an argument between two sections of fans quickly descended into an all-out brawl, with fans being seen in video footage of the incident throwing chairs at one another as event security struggle to restore order.

Things quickly heated up even further when the unidentified man shot his gun above his head, past dozens of fans who were watched the events unfold from balconies above.

The shocking scenes were witnessed by former UFC fighter Hector Lombard, who said that the incident “ruined a great night of fights”.

“This guy just shot his handgun in the middle of a melee at an amateur show,” wrote Lombard, who attended the event to support a teammate who was competing.

Medics were swiftly called to the scene and treated several people injured during the brawl but there as of yet no reports of anyone sustaining a gunshot injury.

According to the Palm Beach County Sheriff’s Office, they are currently investigating the event at which they say TWO gunshots were fired – though just one is audible in the footage shot by Lombard.

As of Tuesday no arrests have yet been made and local police have appealed to the public for information.