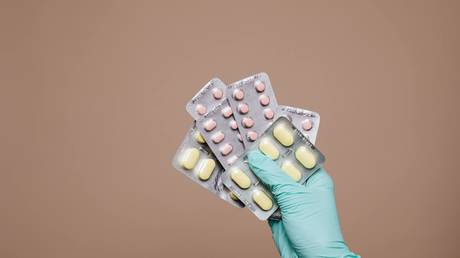 Researchers are sounding the alarm after a number of experimental, unapproved stimulant drugs from the World War II-era were discovered in weight loss and sports supplements across the US.

In a new study, scientists at NSF International, Harvard Medical School and Cambridge Health Alliance analyzed 17 brands of supplements sold in the US labeled as containing the unapproved drug Deterenol, which boasts such side effects as nausea, vomiting, chest pain, heart attacks and even death.

The US Food and Drug Administration (FDA) previously ruled that the substance is prohibited for use in dietary supplements and yet the scientists discovered Deterenol in 13 of 17 supplements.


However, through the course of their analysis, the researchers discovered another experimental stimulant called phenpromethamine, which was previously used in a nasal inhaler called Vonedrine in the 1940s and 1950s but was never approved for oral use, in four of the supplements analyzed.

They also found numerous other prohibited stimulants throughout their research, including “cocktails” of combined stimulant drugs, the effects of which had never been studied on people, making their sale in supplements tantamount to human experiments.

The researchers found as many as four different stimulants in just a single on-the-market supplement.

“The FDA should warn consumers about the presence of cocktails of experimental stimulants in weight loss and sports supplements and take immediate effective action to remove these stimulants from the market,” the study says.

However, the authors warn that the FDA has been slow to sound the alarm to consumers, even after other World War II-era experimental stimulants were previously discovered in dietary supplements as far back as 2004.

Also on rt.com
Specific protein deficiency in US and Europe may have caused faster spread than in Asia – Indian study

“The FDA is dedicated to advancing our strategic priorities for dietary supplements: safety, product integrity, and informed decision-making. We appreciate studies like this for raising awareness and bringing needed attention to these matters,” the FDA wrote in a statement when asked about the findings of the study.