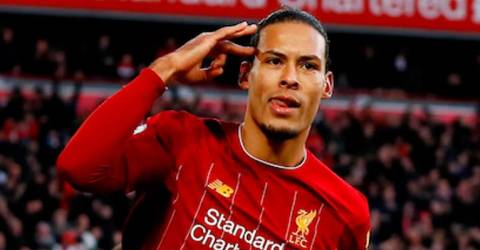 AMSTERDAM: Netherlands coach Frank de Boer said he was not counting on captain Virgil van Dijk (pix) being ready for this year’s European Championship but should he be fit in time it would be a “fantastic bonus” for the team.

Van Dijk had surgery on a serious knee injury in October and earlier this week his Liverpool manager Jurgen Klopp said he thought June’s tournament would likely come too early for the centre back.

“I can understand they don’t want to put any pressure on Virgil at all and neither do we,” said De Boer at a news conference on Tuesday when reporters asked him to react to Klopp’s assertion.

“His recovery is going according to plan. We know he has eight weeks left. I don’t know if that’s enough for him to be ready for the Euros. ‘

“I have spoken to him, he’ll soon be returning to training, but there can be all kinds of setbacks. A week or two of setbacks could mean he cannot play any games for Liverpool still this season.

“Then I can imagine that they would say: ‘Okay, you just focus on next season’. Ultimately, he must have a good feeling himself but I’m glad he’s on the right track.

“Anything he can contribute to Liverpool and possibly us would be a bonus. I’m not counting on it right now. But if it did happen, it would be fantastic for the national team.”

De Boer, whose team begin their World Cup qualifying away against Turkey on Wednesday, said he would be putting no pressure on Van Dijk to play in the Euros.

“He must do it himself and must have confidence in it himself. The choice lies with him. When the moment comes and we know how he is doing, then I have to make a decision about it.

“But now let him work on his recovery in peace. It is going well,” added the Dutch coach. – Reuters