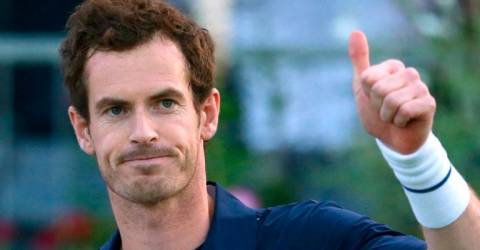 MIAMI: Former champion Andy Murray (pix) has pulled out of the Miami Open due to a groin injury, the ATP Tour confirmed on Tuesday.

Murray is ranked 119th in the world after long injury lay-offs due to hip surgery but the former world No. 1 had received a wild card for the Masters 1000 tournament after winning the title in 2009 and 2013.

The 33-year-old Scot arrived in Miami last week and was preparing for the tournament but started developing pain on Friday and has not practised since.

“I had no issues while training, felt fine, did some gym work Friday, no problem. Then I woke up about three in the morning, felt pain in the groin, not on the side I had my surgery,” Murray was quoted as saying by the Miami Herald.

“When I got out of bed I struggled quite a bit to walk. I have no idea what I did, it’s one of those freak things. Each day it has gotten progressively better, but it’s not enough.”

Murray’s withdrawal is the latest blow to the tournament after Australian Open champion and world number one Novak Djokovic, Rafa Nadal, Roger Federer and US Open champion Dominic Thiem also decided to miss the event, which started with qualifiers on Monday.

Serena Williams also said she would not compete as the 23-times Grand Slam champion is recovering from oral surgery. – Reuters