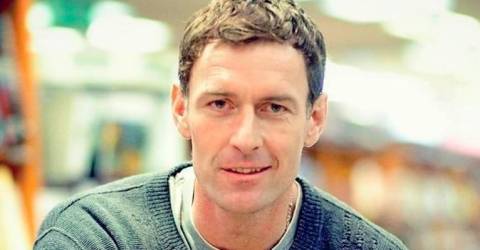 LONDON: Former England international Chris Sutton (pix) has accused football authorities of turning their back on the issue of brain injuries, three months after his father died with dementia.

British lawmakers are holding an inquiry into the link between sport and long-term brain injury at a time of growing concern across rugby and football.

Sutton’s father Mike, who played for a number of clubs including Norwich, Chester and Carlisle, died in December after a decade-long battle with dementia.

England 1966 World Cup winner Bobby Charlton has recently been diagnosed with dementia. Four other members of the side – Nobby Stiles, Jack Charlton, Martin Peters and Ray Wilson – were suffering with dementia at the time of their deaths.

Chris Sutton, who played for a number of clubs including Chelsea and Celtic, has been a vocal campaigner on the issue and on Tuesday told MPs on the House of Commons Digital, Culture, Media and Sport Committee that football chiefs had been too slow to act.

“The fact of the matter is the authorities haven’t done anywhere near enough, they have ignored, they have shunned, they have turned their back on what has been a massive issue,” he said.

“Hundreds of players have died — my father included. This is something we need to deal with, and deal with fast.

“Even if you don’t agree with any of the research that’s out there, there are simple preventative measures that can be put in place now which can help generations to come.”

Sutton, 48, is unconvinced by the permanent concussion substitute protocols being trialled in the Premier League.

The former Celtic star also called for clubs to limit heading in training.

“We don’t need to keep having meetings, this needs to happen immediately,” he said.

“Hundreds if not thousands of players have died from dementia and if we don’t get on top of this now, hundreds or thousands more will die.

“It’s really important the government take ownership of this, because the FA and the PFA (Professional Footballers’ Association) haven’t done anywhere near enough.”

The MPs also heard testimony from Dawn Astle, the daughter of former West Bromwich Albion forward Jeff, who died in 2002.

The death of Astle was determined by a coroner to be the result of a neurodegenerative condition caused by repeated heading of a ball during his professional career.

Dawn Astle told MPs she had wrongly assumed that her father’s case would be the catalyst for research.

“A coroner said there was trauma all the way through the brain, every slice of my dad’s brain had trauma in it,” she said.

“We assumed incorrectly that the inquest ruling would be a defining moment and the sport would react with vigour to protect future generations and to help football’s past heroes.” – AFP