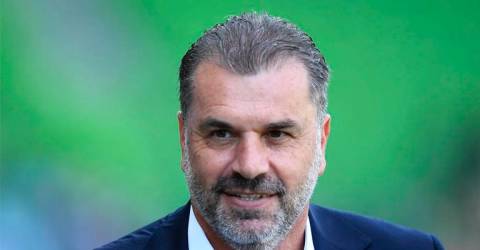 Postecoglou joins the Glasgow club from Japanese side Yokohama F Marinos, who he led to the J-League title in 2019.

The 55-year-old won successive A-League titles with Brisbane Roar and spent a season at Melbourne victory before becoming Australia coach in 2013.

“The opportunity that has been given to me is one of the greatest honours in football and the responsibility to lead our magnificent football club into the future is one that I will cherish dearly,” Greece-born Postecoglou said in a statement.

Postecoglou guided Australia to their maiden Asian Cup triumph in 2015 and was at the helm as they qualified for the 2014 and 2018 World Cups.

Postecoglou, whose track record in Asian football has long marked him out as a talent worth watching, will be tasked with leading Celtic back to the Premiership summit after they missed out on a record 10th consecutive title and finished 25 points behind bitter rivals Rangers.

Celtic switched their attentions to Postecoglou after negotiations with their primary target, Eddie Howe, broke down. – Reuters