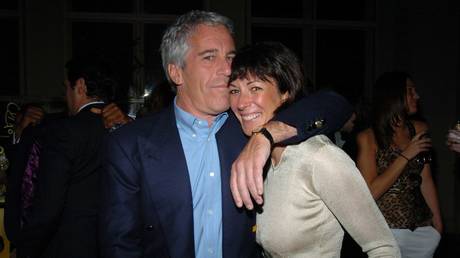 One of Jeffrey Epstein’s alleged rape victims plans to sue the late sex offender’s estate for over $500 million after accusing him of causing her bone disease.

Caroline Kaufman claims she was just 17 at the time of her alleged rape, which occurred after she was invited to Epstein’s New York residence for a fake model casting opportunity.

27-year-old Kaufman told The Sun newspaper that she now suffers from the rare osteomyelitis bone disease, which she argues could be the result of Epstein hitting her jaw during the rape.

“The jaw issue is caused by an injury in the past, and when I had an encounter with Epstein he pinned me down and went to grab my arm,” Kaufman recalled, claiming that the sex offender forced her arm and “nicked” her jaw.

Kaufman said that it was “the only thing” she could think of which could have caused the bone disease, telling The Sun, “It’s extremely painful, I’ve been to the emergency room for it, my face is swollen and I’m on medication.”


She also claimed to have “lost days of work,” felt “physically exhausted,” and had “difficulty eating” due to the condition and is now seeking over half a billion dollars after rejecting an “offensive” offer from the Epstein victims fund for not being “enough to cover surgery.”

“The amount of money the fund had, I don’t believe it was distributed fairly. We’re going to go ahead and go to court,” Kaufman declared.

“If there’s clinical support that the type of abuse she suffered at Epstein’s hands could be related to some of the conditions that she has, then obviously we’ll pursue that theory in litigation,” Kaufman’s lawyer, Spencer Kuvin, said in a statement to The Sun, adding that the “goal would be to go after the entire fund, which is close to over half a billion dollars.”

“Ultimately it’ll be up to the court to decide and up to a jury, hopefully, to decide exactly what Caroline would obtain,” Kuvin continued, noting that they would be “suing for every single asset in the Epstein estate” but may also “be able to set up subsequent funds or distribution of assets to other victims.”

Also on rt.com
Guards who slept while Epstein died planned to ‘put the whole system’ on trial – media