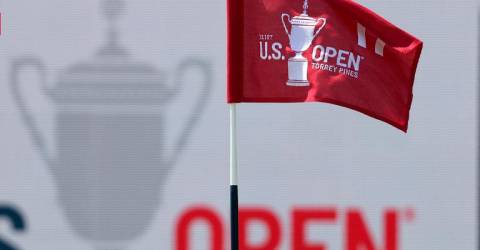 LA JOLLA: Early morning fog rolling in off the Pacific Ocean caused a 30-minute delay to the start of the 121st US Open golf championship on Thursday at Torrey Pines.

American Sahith Theegala is set to hit the opening tee shot at the first hole when play begins at the par-71 layout, now planned for 7:15 a.m, organizers said.

A field of 156 is set to challenge the formidable 7,652-yard oceanside course, with local hero Phil Mickelson trying to complete a career Grand Slam and American Bryson DeChambeau trying to defend his title.

But the US Open is the crown that has eluded him, the left-hander settling for a record six runner-up showings at the event.

Mickelson has won three times at Torrey Pines in US PGA Tour events but all were before a 2001 course renovation, forcing him to spend much of the past two weeks re-learning the nuances of a course he once knew well.