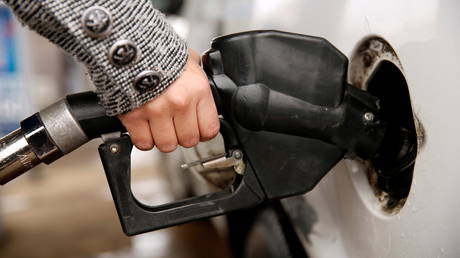 The Oregonian has put out a video teaching drivers how to pump their own gas. Puzzled outsiders soon realized it was not satire: with state law prohibiting self-service, many in the Beaver State have never fueled their vehicles.

Filling one’s own gas tank is a process drivers the world over take for granted. Pump, pay, and drive away. However, with the exception of certain rural and tribal-administered areas, Oregon is one of two US states that prohibits this, and requires motorists to seek the help of gas-station attendants (New Jersey is the other).

That posed a problem last week, when temperatures in the state reached 100 degrees fahrenheit (37.7 celsius). In a bid to spare gas-station workers the ravages of the heat, the Office of the State Fire Marshal suspended enforcement of the law on Tuesday, meaning that many motorists were forced to fill up their own vehicles for the first time in their lives.

To the amusement of many online, the Oregonian put out a helpful how-to guide on Friday, containing such helpful advice as “select appropriate octane grade for your car,” “unscrew cap and set aside,” and “pull trigger and hold.”

“This is not a joke,” tech vlogger Scott Hanselman tweeted. “We can’t pump our own gas in Oregon so many people have literally never done it.”

Today I learned that people in Oregon can’t normally pump their own gas. This also explains a lot about Oregon.

The ad is not the strangest gas-related PSA to come out of the US in recent months, however. When a ransomware attack shut down a critical fuel pipeline in May and caused shortages up and down the east coast, the US government warned motorists fearing shortages “do not fill plastic bags with gasoline.”

The warning wasn’t based on hypothetical danger either. Several videos had emerged in the preceding days showing drivers attempting – and failing – to fill clear plastic bags and buckets with gasoline.

Also on rt.com
‘We know this sounds simple’: US government tells citizens not to fill bags with gasoline


Anyone in Oregon still unsure of the precise operation necessary to top up their tank needn’t fret. The Fire Marshal’s order only applies until midnight, after which attendants will be back at work.